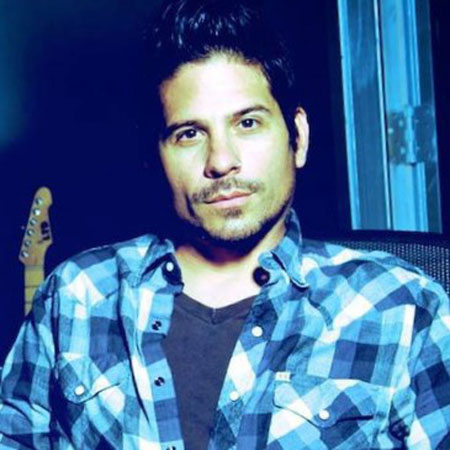 Grammy-nominated producer and songwriter Mitch Allan is well known for his work on albums with artists including Kelly Clarkson, Jason Derulo, and Miley Cyrus respectively. Besides, he is also singer and guitarist of SR-71 and a producer for the American band Satellite.

Mitch Allan was born on May 21, 1972, in Baltimore, Maryland, United States of America. He has two siblings. He did his schooling from Randallstown High School in Baltimore. Regarding his nationality and ethnicity, Mitch is a White American.

After accomplishing his schooling, Allen attended the University of Maryland at College Park where he received Bachelor of Arts degree in mass communication and a minor in political science. He started playing music in a band called SR-71, which is originally known as Honor Among Thieves.

The band’s first album was Now You See Inside. Allen wrote The single Right Now and played in over a dozen films like Loser, Dude, Where’s My Car?, and American Pie. Less than two years later, SR-71's second album, Tomorrow which written and co-produced by Allan and sold over 1 million copies throughout the world.

Mitch Allan started his songwriter career when he’d written the song 1985 for his band SR-71, which was recorded and released by pop-punk band Bowling for Soup in 2004. After getting huge popularity from his debut song, he was nominated for a Latin Grammy in 2007 when the Belinda song he co-penned with Kara DioGuardi, Bella Traicion.

The song also received a Song of the Year. After that, Mitch partnered with writer-producer Jason Evigan under the moniker SussexSpex. They co-wrote and produced together Demi Lovato's Heart Attack. The song also reached number fourth on the Mainstream Top 40 and become certified double platinum.

45 years old Mitch Allan is an unmarried man. However, he was engaged with a number of Hollywood stars. He was in serious relationship with Canadian singer-songwriter and actress Avril Lavigne for a year in 2003.

After the break with Avril, Mitch stayed away from the relationship for some years. He resumed the romance in his life beginning with renowned American actress, voice artist and former fashion model Kelly Hu.

The couple began dating in from 2010. They were happy in the relation and were spotted together at various party events. Furthermore, his ex-girlfriend Kelly also used to talk openly regarding her love affairs with Mitch. Likewise, she said in an interview with examiner.com about Mitch,

"My boyfriend is a musician and writer and producer. This sounds really cheesy, but I actually love listening to songs from his band. I think it’s because I’m so close to it that it really touches me in a way that other music can’t. It puts me in a different space. His name is Mitch Allan and he actually has a song that he wrote and produced called ‘Heat Attack’ by Demi Lovato. He’s currently in a band called 'Satellite'."

But lately, it seems they have broken the relation. The couple broke up in 2016.

Mitch Allan is a successful American record producer and songwriter. He has also garnered a mouthwatering money from his professional career. His current net worth is $5 million. His ex-girlfriend has made the net worth of $10 million from her career.