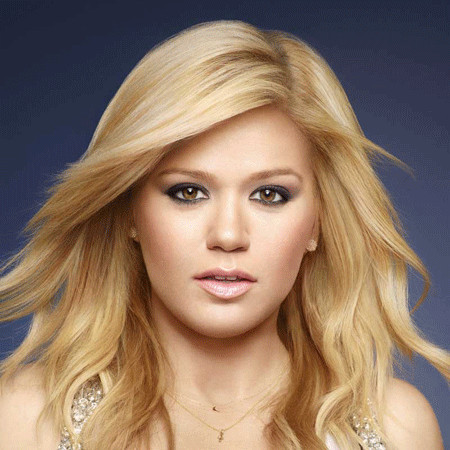 Clarkson has released eight studio albums after winning the show. In 2018, she was one of the mentors on the reality singing series The Voice US season 14 in 2018.

Clarkson was born in the year 1982 on 24th of April and this makes her age 33 at this time. At this age, she has already reached the highest level of fame and popularity and her talent has guided her there.

She was born in a place called Fort Worth which lies in Texas in the United States of America. She has a mixed ethnicity and her nationality is American.

she was born to Jeanne Taylor and Stephen Michael Clarkson. She despises her father who divorced her mother when she was six. He then got married to another lady.

Her father is a former engineer and mother is a former English teacher. She has two elder siblings; Jason Clarkson an Alyssa Beth Clarkson.  Her several songs are inspired by incidents occurred in her own life.

Clarkson went to the Burleson High School for her education and she graduated from there. She got her first opportunity to shine on the hugely popular music show, American Idol. She succeeded in winning the first season of American Idol and there has been no turning back for her.

Thanks for having me again #WarriorGames It’s always an honor to perform for y’all and it’s always a great time! @dodwarriorgames Photo: @weisseubanks

Opportunities flew her way and she grabbed the best ones for her career. She has released some great albums and almost all of them have been very successful. In the year 2003, she released her debut studio album Thankful which topped #1 on the US Billboard chart.

She released her second album Breakaway in the year 2004 and this album also topped #3 at the US Billboard.

In October 2017, she released her eighth studio album Meaning of Life which also went #2 on the US Billboard Chart.

Clarkson has appeared in various films, TV program, and advertisement after winning the American Idol. She has made a guest appearance on several TV shows including Australian Idol, American Dreams, The Graham Norton Show and Saturday Night Live (SNL).

She has released almost all her track’s music videos which have won several awards.

She has also appeared in some great TV shows and movies. In the year 2002, she appeared in TV shows such as Sabrina the Teenage Witch, MADtv and That 80s Show.

She played the role of Brenda Lee in a very popular TV series called American Dreams from the year 2003 to the year 2004. Other movies and TV shows to her credits till today are Saturday Night Live, King of the Hill, Duets and Reba.

In 2012, Clarkson became an advisor for The Voice US’ season 2. Since February 2018, she has named as one of the coaches of The Voice US’ 14th season.

She appears in the show alongside Adam Levine, Alicia Keys and Blake Shelton.  The Voice US is a reality singing show and it airs on NBC channel.

Kelly Clarkson's Net Worth and Charity

Kelly Clarkson’s net worth is $29 million, according to the Celebrity Net Worth. She has ama s sed a hefty amount of net worth from her musical career. She won $1 million record deal offer after winning the reality singing competition show American Idol.

According to Radar Reports, she has signed a $14 million contract deal with The Voice for the 14th season. She has endorsed numerous advertisement and commercials for various brands including Oxygen, Pepsi, Toyota, and NASCAR Foundation. Clarkson receives a huge amount for endorsing these brands. Since 2013, she is a brand amba s sador of the Citizen Watch.

She owns several lavishes houses and properties. Previously, she lived with her husband in a $2.8 million mansion in Nashville. In 2017, she listed that home for sale on $8.75 million. She also has another house in Texan, Mansfield worth $1.5 million. Clarkson has earned over $5 million from her music career.

Clarkson has taken a part in numerous charitable works and movements. In April 2007, she took part in Idol Gives Back- a fundraiser event for poverty elevation fund in Africa and the US. She has also performed several fundraiser concerts for HIV/AIDS, abuse and poverty.

Besides, she has also supported the non-profitable organizations like Save the Children, UNICEF and Save the Music Foundation. In 2013, she participated in Green Mountain Coffee’s Great Coffee, Good Vibes choose fair trade campaign by visiting coffee farms in Peru.

Kelly Clarkson is a married woman. She is married to Brandon Blackstock since 2013. The couple is happily married since then. The pair has two children together; a son and a daughter.

Her personal life has been as perfect as her career. She was dating her boyfriend Brandon Blackstock before the couple decided to get married. The couple got married in the year 2013 and till today their relationship has been going very strong as husband and wife.

There is almost no chance of a divorce to occur in their lives. She has been very successful in her career and she has a jaw-dropping net worth. According to some sources. She is not very tall as she has an average height of 5 feet 3 inches. She has the perfect body measurements of 37-31-37.