Is The Weeknd and Selena Gomez's relationship actually fake? 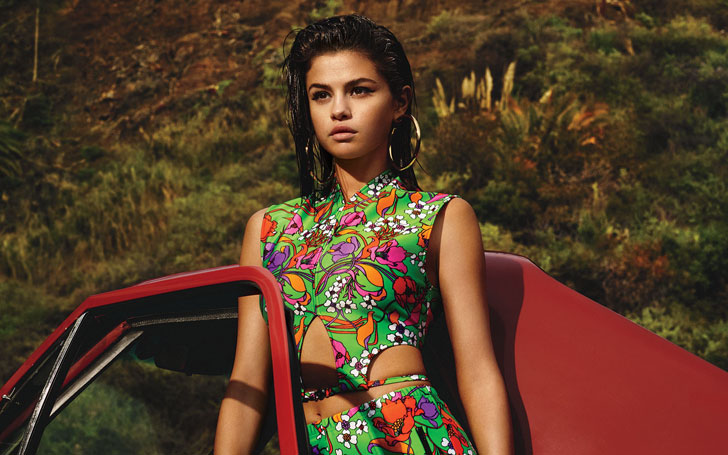 Even though Selena Gomez is trying to stay out of the spotlight, she has managed to make the headlines constantly all the while. Be it with news of her struggle with Lupus, depression or Instagram war with her former beau Justin Bieber, Selena Gomez is always in the news. What is it this time?

Selena Gomez reportedly has a new man in her life. However, most people aren't buying it. It's everywhere that this relationship actually fake, just a show, a Publicity Stunt to keep both the celebrities relevant?

After Selena and The Weeknd were spotted by a paparazzi on January 11, 2017, kissing and January 26, 2017, leaving from the same arcade in Los Angeles and from that day on media is exploding with theories.Let's clear once and for all, if this relationship is actually a PR stunt or a real deal.

Selena Gomez and The Weeknd in a fake relationship?

Everything from the paparazzi picture where Selena Gomez was seen canoodling The Weeknd to the timing of the news, has been questioned. The news was public just before the release of The Weeknd's new video Pary Moster.

TMZ published photos of The Weeknd and Selena Gomez kissing outside the Giorgio Baldi in Santa Monica on Jan 11, 2017, that was when the relationship rumors and rumors of it being fake began circling the internet.

Selena Gomez and The Weeknd making out in Santa Monica

It only had been 2 months since The Weeknd and Bella Hadid's breakup when TMZ released those photos of Selena and The Weeknd kissing.

A tweet from The Weeknd about the new video

And the reaction that the relationship got

The relationship seemed staged a few weeks back, but it's been over two months now and the couple seems to be still together? Was everyone who speculated the relationship to be fake wrong?

The Weeknd's and Selena Gomez's relationship is real, here's why:

The seemingly staged relationship between Selena Gomez and Starboy, The Weeknd, is now looking very much real. How else do you explain the couple's trip to Florence, Italy on January 29, 2017?

Another one having dinner

Selena Gomez and The Weeknd in Florence, Italyturntdallas

Also, Gomez's cousin Priscilla DeLeon started following The Weeknd on Instagram, that is something of a family approval.

However, The Weeknd's ex Bella Hadid didn't quite approve of the relationship. She went on to publish a shady IG story with a photo that looked like one of Selena Gomez's.

Even Selena Gomez's infamous ex-boyfriend Justin Bieber reportedly thinks that the relationship is fake. however, there are more and more points working in the favor of Selena and The Weeknd's relationship being actually a real one.

From mid-February, a few hints here and there started popping up on Instagram everywhere. Like this post on February 21 where Selena is seen wearing The Weeknd's official merch

Family Game night!! I love them all even though they almost beat me [email protected] "date" for the night was two hours late so he missed group photo @rayhughesla! NO THEY ARE NOT REALLY DATING. @iamemilydawn @wipeyoownass @lh7management @stephaniehail

A post shared by Kicked to the Curb Productions (@kicked2thecurbproductions) on Feb 19, 2017 at 10:57am PST

Come March 18 and it's officially official that the two are dating. Here's photo are of Selena Gomez and the Weeknd in Toronto, his hometown, holding hands and walking together. Reportedly, The Weeknd booked the VIP section of a movie theatre so he could watch Get Out with Selena.

March 16: Selena and Abel out in Toronto @selenagomez #selenagomez

That's not all. The new couple apparently went to Ripley's Aquarium in Canda.And yes! there are photos and videos!

Selena Gomez's current boyfriend The Weekend also loves cars as much as her ex Justin Bieber. Both The Weekend and Bieber have a lavish collection of luxurious cars of several brands. Want to know more about their car collections, watch the video below

It seems that Gomez loves those guys who are fond of cars and driving attires. Keep visiting our page to know more about the Gomez' relationship.