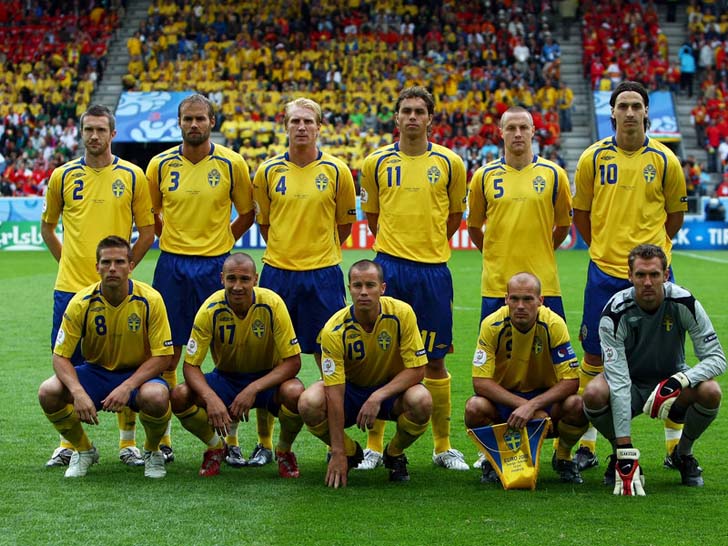 The Sweden national team is controlled by the Swedish Football Association and represents Sweden in the international games. FIFA has ranked the country in 18th position, as of November 2017.

Anders Svensson is the most capped player with 148 caps and Zlatan Ibrahimovi? is the top scorer with 62 goals.

Head Coach, Janne Andersson currently manages the national team. He led the team to the 2018 World Cup after finishing second in Group A and defeating Italy 1–0 on aggregate in the playoffs.

Andreas Granqvist plays as a center-back and serves as captain for Krasnodar and the Sweden national team. He was awarded Guldbollen (the Golden Ball given to the Swedish player of the year) in 2017.

Marcus Berg is a Swedish professional who plays as a striker for Al Ain football club and the Sweden national team.

Berg is nicknamed Svarte-Marcus ("Black Marcus") for scoring a lot of goals in the junior teams, in reference to Filip "Svarte-Filip" Johansson.

Sweden booked their place at Russia 2018, scoring 1-0 aggregate play-off win over Italy. Russia will be playing against Korea Republic, Germany, and Mexico in the second edition of the tournament, World Cup 2018.

Also look at this World Cup Schedule for more details about the matches.