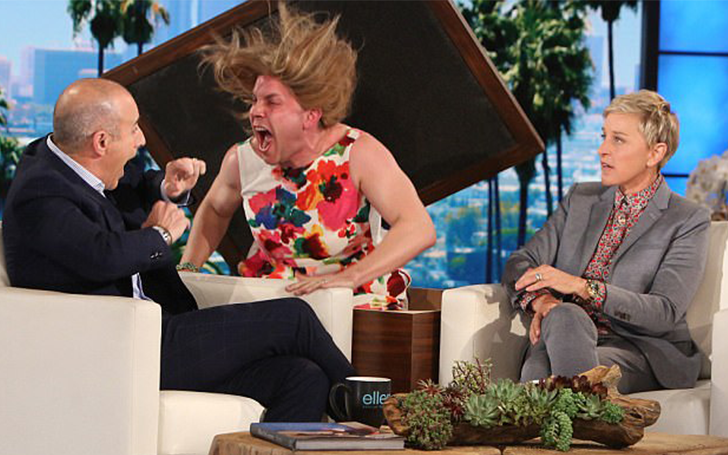 If there’s someone who can prank and scare celebrities, and get away with is, it’s  Ellen Degeneres! Only Ellen can scare Taylor Swift so bad that she falls on the bathroom floor, make her go through a ghost house and cry, the story goes on and on and on! It’s not just singers and actors that become Ellen’s target.

Today Show’s Matt Lauer has on various occasions been pranked and scared by Ellen, on her show. Just a few days ago, Lauer came to The Ellen’s show on the 20th anniversary of his show and no prizes for guessing; Ellen pranked him yet again! Like This:

But this time, it seems like Lauer had enough! He finally decided to prank Ellen back. With the help of Ellen’s staff and his own Lauer managed to put 20,000 Ping-Pong balls in Ellen’s Porsche under 20 minutes! He made sure to place a cardboard cutout of himself as well, so Ellen would know!

You Might Also Like to Read: Matt Lauer's Show In Jeopardy After Megyn Kelly's Arrival AT NBC

Here’s the revenge from Matt Lauer: