We all know Steve Jobs and Steve Wozniak but what about Ron Wayne? We might be unfamiliar with this name, but he is the man who sold his 10 percent share on Apple for just $800. Yes! You read that right.

Steve Jobs, Steve Wozniak, and Ronald Wayne were the three founding members of the Apple; however, Ron didn't have faith their company would make such progress.

Just days after Apple share hit the historic $1 trillion market value, we are telling you if Ron had his shares at the moment, he would have not less than $100 billion net worth.

As per an episode of CNBC's The Filthy Rich Guide, Wayne joined the Steve duo who were 25 and 21 at that time to provide the company with "adult supervision" and to look mechanical engineering and documentation in exchange for a 10% share of the company. 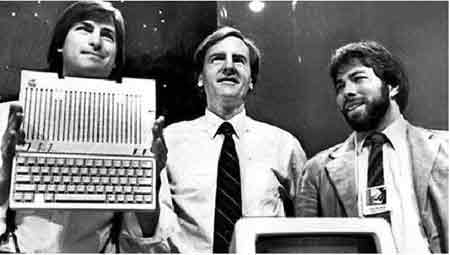 Ron drew the company's first logo which was later replaced by its current logo within a year. Ron, who had assets, including a house feared that any debts the company incurs would fall on him. He feared the loan Jobs and took to buy supplies to fulfill Apple's first contract with The Byte Shop which had ordered 100 computers.

Ron further told he believed, The Byte Shop which was known for failing to pay its debts would fail to pay Apple as well. And while Jobs and Wozniak were young and broke, Ron feared that the financial burden would fall on him if the deal went down.

So, just after 12-days-long association with Apple, Ron decided to cut his ties off and sold his shares to the other two co-founders for $800. At the present market value, Ronald Wayne would have approximately $100 billion net worth that would make him one of the richest man in the world.

But, surprisingly, Ron says he doesn't regret his decision as he said he wouldn't have thrived at Apple.