Every adrenaline junkie’s bucket list consists of a trip to Mt. Everest, you may know Nepal as the country of the world’s highest peak but it is so much more than that. The country is filled with a rich history as well as a lot of traditions.

In fact, it is one of the most interesting countries in the world, from the never fading smile of a Nepalese to the bravery and tenacity from which the country is famous for, Nepal is an ocean of traditions, social values, natural beauty, and culture. Although the number of interesting things that can be found in this country is uncountable we narrowed down a list of five things that it is famous for.

Before the Federal Democratic Republic of Nepal exited as a unified nation there were various states scattered in the region between India and China. The nation was unified by the then King of Gorkha, ‘Maharajadhiraja’( meaning King of Kings, Emperor) Prithivi Narayan Shah with the help of his army.

The people of Gorkha are called Gorkhalis, the army of Gorkha led a campaign to unify the scattered states and create one great nation. 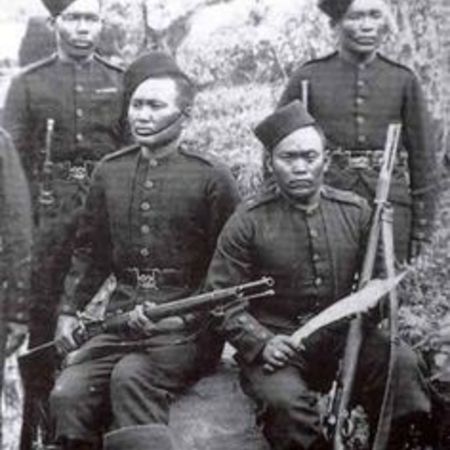 CAPTION: A historical photo of the Gurkha soldiers with their khukuri. SOURCE: Pinterest

At this time India was captured by Great Britain who also showed great interest in Nepal. To protect the integrity of Nepal and protect the country from British colonial rule many battles were fought between the technologically advanced British Army and the Nepalese Army. The Gorkhali Army had a technological as well as a numeric disadvantage but alongside their favorite weapon the "khukuri' (a kind of knife) they won many battles and kept their independence.

Although the technology favored the British, the patriotic Gorkha soldiers fought them without an ounce of fear in their hearts. Entering the battlefields with the battle cry ‘Ayo Gorkhali’ (Here Come The Gurkhas) they were able to keep the British Army at bay. An interesting fact about Nepal is that it has never been conquered.

The British were so impressed by the bravery of the Gorkhali soldiers that they erected murals to honor their bravery. They also started hiring the Nepalese soldiers, which is still prevalent to this day, into their own army known as the British Gurkha which has regiments like the Royal Gurkha Rifles. Gurkha is the British way to say Gorkhali.  Although Nepal lost part of its territory they never lost their independence and fall among a handful of countries that have never been under foreign rule.

With such wealth in wildlife, Nepal has also shown responsibility when it comes to protecting them. There are 12 national parks in Nepal to add to 1 wildlife reserve and 6 conservation areas. All of these areas are looked after by the Government which has provided military protection to stop illegal poaching. 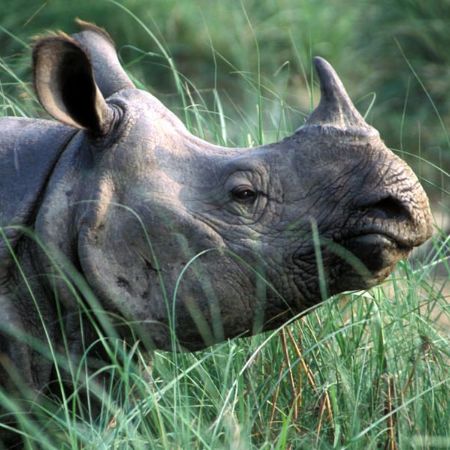 The Government of Nepal has provided various laws to protect the species from human poaching and smuggling. To add to this they have also shown excellent effort in replenishing the depleted wildlife. In fact, in January 2019, Nepal became the first country to double its wild rhino population.

Nepal is a country with a very diverse population, the diversity in population also means diversity in their religion. As per data from the country’s 2011 census, the country has more than 7 major religions and various other religions which are followed by a smaller number of people. 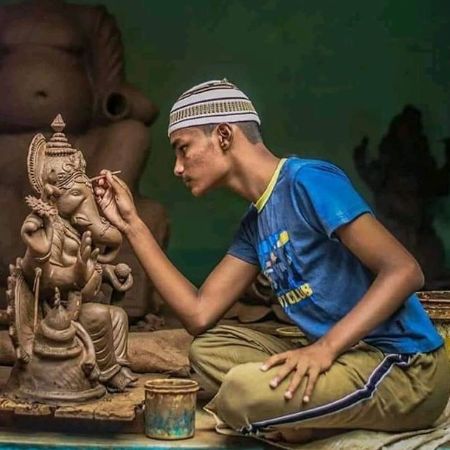 CAPTION: A Muslim man working on an idol of a Hindu god in Nepal. SOURCE: Pinterest

Even though the country is rich and diverse in religion there have been no religious conflicts, this shows the religious harmony of the country. The Constitution of Nepal formulated in 2015 stated that Nepal was a secular country and people are free to practice any religion of their choice. Officially Nepal became a secular country back in January 2007.

There are various religious groups but everyone prefers living in harmony, there is no clash between them. As a matter of fact, some people even celebrate the festivals of other religions along with their friends and family.

The Country Of The Living Goddess

Nepal is a country overwhelmingly rich in traditions and culture. One of the most culturally significant traditions is that of the Living Goddess, ‘Kumari’. The people of Nepal, especially in Newar communities, believe that divine energy manifests in a pre-adolescent girl carefully chosen after completing various rituals. 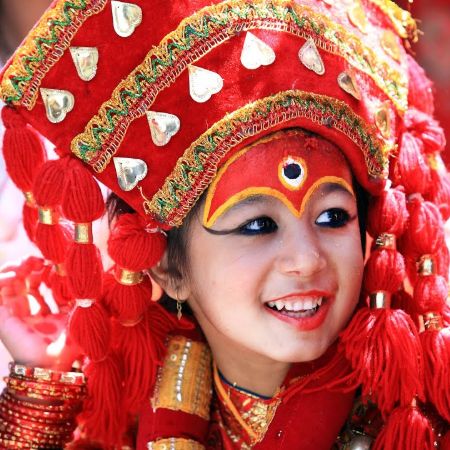 CAPTION: A photo of The Living Goddess Kumari. SOURCE: YouTube

The goddess is named Kumari and she is worshipped by people in religious events as well as festivals. Kumari means a girl who is not married and according to tradition, she is not allowed to marry. The historical politics, as well as daily life of the Nepalese people, is deeply intertwined with culture and the Kumari resides in the historical temple located inside Basantapur Durbar Square called the ‘Kumari Ghar’ (House of the Kumari). 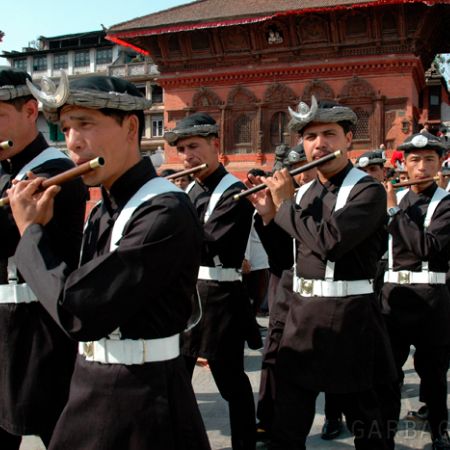 CAPTION: A photo of the Platoon of Priests. SOURCE: dibesh.com

The Kumari is provided with military protection and a special regiment of the Nepalese Army called Guruju ko Paltan (Platoon of Priests) and their history is closely related with The first King of a unified Nepal, Maharajadhiraja Prithvi Narayan Shah.

In a remote village atop the hills in Kaski of Central Nepal, the men of the Gurung tribes fight a dangerous battle by dangling from cliffs using ropes to gather honey from wild bees in the traditional way. The job is a very dangerous one as they hang from cliffs only with the support of bamboos and ropes from the cliffs. 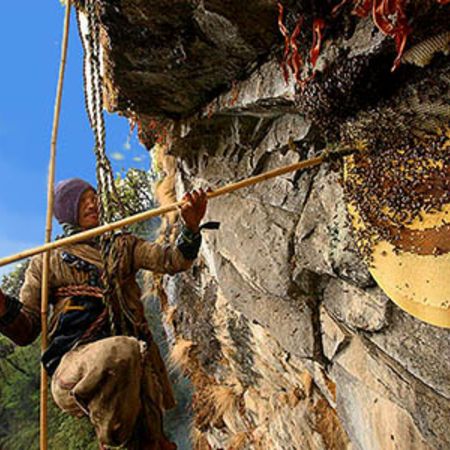 CAPTION: A photo of a Gurung man gathering honey from a hive on a cliff. SOURCE: Adventure Geo Treks

The wild honey is of traditional and medicinal significance for Asian medicine. The honey of these wild bees has a lot of medicinal benefits. The bees make their hives in the nooks and crannies of cliffs where they are really inaccessible.

The Gurung people use traditional methods to gather the honey and they have also commercialized the honey hunting and you can join them on a trip. Around $250-$1,500 is charged by trekking agencies for the trip but they pay very little to the indigenous tribes. If you love adventure as well as cuisine there is no better way to experience both at once.

Discover: Five Weird Cultures From Around The World That Will Shake Your Mind Once!!!