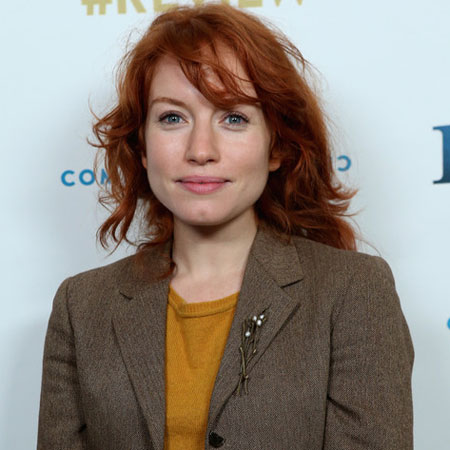 American actress and comedian, Maria Thayer is known for her role as Susie Wagner on Adult Swim action-comedy television series, Eagleheart (2011–14), and as Abbey Logan in American cable television series, Those Who Can't. She first came to the limelight due to her role as Tammi Littlenut on the cult series Strangers With Candy.

While attending Apple Valley High School Thayer was a member of the award-winning forensics program and National Forensic League. Also, she was her high school's homecoming queen.

She grew up in the small town of Boring, east of Portland, where Thayer’s parents owned a bee farm. Later, along with her parents, she moved to Minnesota.

Maria Thayer began her acting career with the 1999 movie, Kimberly as Louise. The same year, she starred in television series, Strangers with Candy, alongside Amy Sedaris, Stephen Colbert, and Paul Dinello among others.

In 2011, Thayer starred in an action-comedy television series, Eagleheart portraying the lead character Susie Wagner. Some of her big screen credit includes Strangers with Candy,  Hitch, Accepted, State of Play, Night of the Living Deb, Table 19 and others.

Maria Thayer is active in the film industry since 1999. Believing some online sources, Thayer's estimated net worth isn't less than a seven-digit figure, however, the exact figure is still under review.

Thayer earned $150k-$300k from her appearances in movies and TV series. Some of her box-office hit movies are,

Maria Thayer is possibly single at the moment but previously she was engaged to actor, David Harbour. The duo started dating in 2009 and their relationship ended in 2011.

They haven't revealed the reason behind their split but as per some online sources, their personal differences was the major cause of their break up.

Thayer is allergic to bees though she was raised on a bee farm.

Here is a interview of Maria Thayer