Who is Amber Valletta Dating After Her Divorce from Ex-husband Christian McCaw? Details! 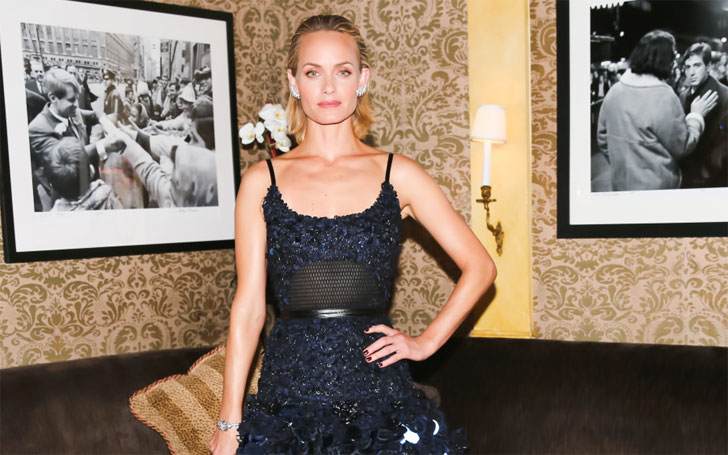 American Fashion model Amber Valletta who was upgraded to the status of the supermodel during the 1990s and, her husband Olympic volleyball player Christian McCaw were once the most adorable couple of the Hollywood as they shared 11 years of blissful married life. However, the couple surprised all their fans when they got divorced in 2015.

Has the model turned actress found her new love after the divorce? What was the reason for her divorce? Is she dating anyone? Or she is married? Let's dig into her personal life and find out all the answers here.

Amber Valletta and Christian McCaw got married in 2003. The couple together welcomed a son Auden McCaw in October 2000 in Tulsa, Oklahoma before their marriage. They divorced in early 2015. Also read: Leonardo DiCaprio grins wide as he steps out to lunch with his 'pack' in NYC

Valetta also dated actor Desmond Harrington in 1999. But their relationship lasted for only a year and they got separated in 2000. She was also romantically linked to actor Leonardo DiCaprio in 1998.

Who is Amber Valletta Currently Dating?

Valletta is currently dating Teddy Charles who is a Coiffeur. The speculation of their dating sparked just after her separation with ex-husband, Christian McCaw. Fuel was added to the rumor after the actress was spotted holding hands with her new beau in a party at the Warwick in October 2014.

If we take look at her Instagram account, we can see Valletta is totally in love with her new beau. The pair constantly posts about their romantic dates, vacations and fun time together on their social media accounts.

Valletta shared a lovely picture of herself with McCaw on the occasion of Valentinesday and she captioned the picture "#happyvalentinesday to the love of my life. I am totally stuck on you! ????? @teddycharles35 "

On the other Instagram post, she shared a snap of them together in a vacation. We can see in the shared picture that the couple loves spending quality time together.

McCaw also shared a romantic picture of himself along with his girlfriend which he captioned, "happy valentines days love of my life ."

Well, observing all the cute pictures we can assume that the actress and her boyfriend are in a healthy relationship! Is Teddy Charles going to be Amber Valletta's third husband? Let's see.