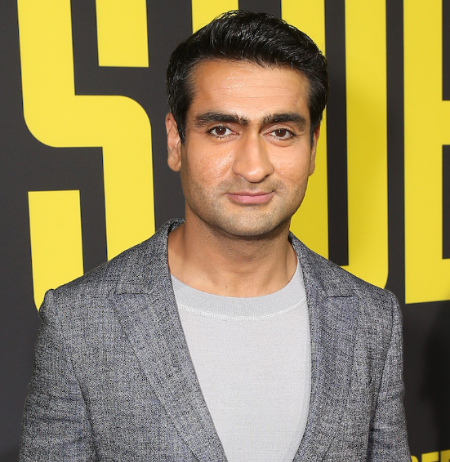 Academy Award nominee Kumail Nanjiani is a Pakistani American stand-up comedian, actor, podcast host and writer. He is known being an actor and writer of the romantic comedy The Big Sick for which he was nominated for an Academy Award for Best Original Screenplay.

Nanjiani, who has appeared in Sex Tape, Hot Time Machine2 and Stuber, is happily married to American writer Emily V. Gordon  since 2007.

Kumail Ali Nanjiani was born on 21st February 1978 in Karachi, Pakistan. He belongs to South-Asian ethnicity and holds Pakistan nationality.

He is the son of Aijaz Nanjiani and Shabana Aijaz Nanjiani. He was raised in a Sindhi Shia Muslim Family. He spent his childhood in Karachi and attended St. Michael's Convent School for his O Level.

He graduated with an A level from the Karachi Grammar School. After completing his A level studies, he moved to Lowa, the United States, where he attended Grinnell College and graduated with a double major in computer science and philosophy.

Kumali Nanjiani debuted on a small screen with the television series The Colbert Report in 2009. In the same year, he appeared in Michael & Michael Have Issues alongside Michael Ian Black, Jessi Klein and Michael Showalter.

In 2009, he also appeared in four episodes of web series Jake and Amir. He made his film debut with the role of Simon in Life as We Know It in 2010.

Kumali began his career as a Podcaster from 2011 by hosting a podcast with video game themes with title The Indoor Kids.

In 2017, Kumali and his wife Emily V. Gordon nominated for the Academy Awards for  Best Original Screenplay for the filmThe Big Sick.

He appeared as Stu in the 2019 film Stuber along with actor Dave Bautista and then continued to paly the role of Dinesh Chugtai in the comedy series, Silicon Valley. 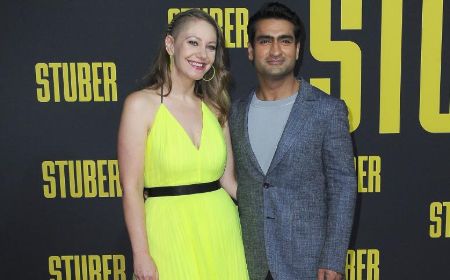 Kumail Nanjiani and his wife Emily V. Gordon at the premiere of Stuber SOURCE: Getty Image

His upcoming project includes Dolittle which is going to release in 2020. He is also working as executive producer for the television series Little America which will be broadcasted in 2020.

Except that he has two more projects The Lovebirds and Marvel's The Eternals starring Angelina Jolie and Salma Hayek.

Net Worth Of $8 Million

Kumail Nanjiani has an estimated net worth of around $8 million. The major portion of his income comes from his works in the Hollywood entertainment business.

Nanjiani is living a lavish and luxurious lifestyle. He and his wife are currently living in Los Feliz, Los Angeles.

They bought a 1400 square feet house in 2015 and it is consist of 2 bedrooms and 3 bathrooms. Nanjiani also owns a Tesla Model S car and its market price is between $85 thousand and $119 thousand.

Kumail Nanjiani is happily married to an American actress, Emily V. Gordon. The couple tied the knot on 14th July 2007 after dating for a long time.

The couple is living together and supporting each other in every step. Kumail once uploaded a shirtless picture of himself on Instagram thanking his wife for putting up with him complaining and working out for the last year. 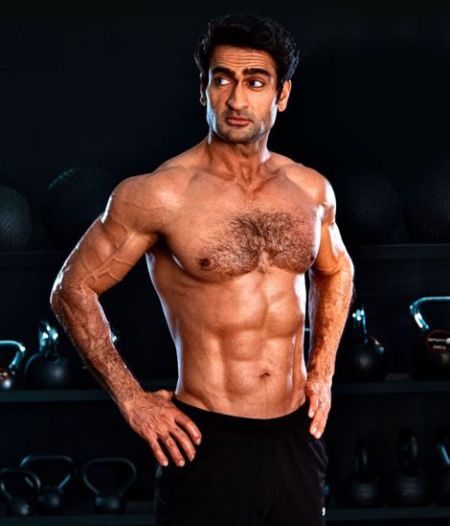 He had his physical transformation for his upcoming movie The Eternals.