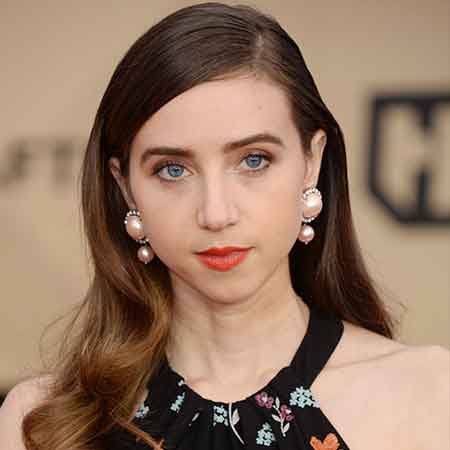 American actress and playwright, Zoe Kazan rose to fame after her stunning performance in a 2007 movie The Savages. Similarly, her role in the commercially successful movie It's Complicated helped her to be the household name. Her major performance in the critically acclaimed movie The Big Sick also earned a lot of popularity. Besides movies, the actress is also the part of several TV shows and Broadway productions like Olive Kitteridge, The Deuce, and A Behanding in Spokane too.

Zoe Kazan was born on September 9, 1983, in Los Angeles, California, United States. She is the daughter of screenwriters Nicholas Kazan and Robin Swicord. Her grandparents were Elia Kazan who was a film and theatre director and playwright Molly Kazan. She emigrated from Istanbul.

Kazan attended the private Wildwood School, Windward School, and then Marlborough School. She graduated from the Yale University in 2005 with a Bachelor of Arts degree in theatre. She also became the part of the Manuscript Society.

Zoe Kazan made her silver screen debut appearing in Swordswallowers and Thin Men. For the first time, she played stage role in a 2006 off-Broadway revival of The Prime of Miss Jean Brodie. Subsequently, she went on to portray in the movie The Savages.

In the year 2008, the actress made her biggest breakthrough following her role in the critically acclaimed movie Revolutionary Road. A year later, Kazan featured in the box office hit movie It's Complicated sharing the screen alongside Meryl Streep, Steve Martin, and Alec Baldwin. She additionally appeared in the comedy-drama happythankyoumoreplease and Bored to Death.

Kazan's critical role in the HBO miniseries Olive Kitteridge earned her Emmy nomination in 2014. In 2017, she was a cast in the successful movie The Big Sick. Her upcoming project is Untitled Lone Scherfig Project.

Zoe Kazan has an estimated net worth of around $3 million as per celebrity net worth. She has also been a part of a number of commercially successful movies which are listed below.

Furthermore, Kazan has published several books which include Trudy and Max in Love.

Zoe Kazan is in a serious relationship with her longtime boyfriend Paul Dano for over a decade. The two first met while working together on the off-Broadway play Things We Want in the year 2007. The power couple started dating after the project. And the two again teamed up on the movie Ruby Sparks five-year later.

Kazan and her partner welcomed their first child, a baby girl Alma Bay in late August 2018. As per the sources, they announced the good news to tabloid on 20th September 2018.