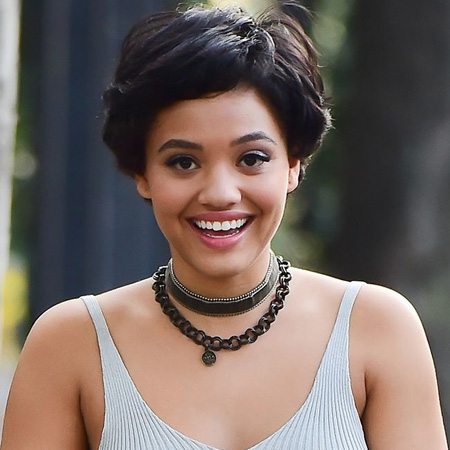 American actress, Kiersey Clemons is also a singer who is well-known for portraying as Cassandra”Diggy” Andrews in 2015 coming-of-age comedy film, “Dope.” She started her career in the Hollywood from the very early age. Some of her notable roles include Transparent, Neighbours 2: Sorority Rising, and Extant.

Kiersey Clemons was born Kiersey Clemons on 17th December 1993, in Pensacola, Florida, the United States under the birth sign Sagittarius. Clemons is American as per nationality and as far as her ethnicity is concerned, she is African-American.

The Hollywood actress, Clemons was born to a European mother & African-American father and was raised along with her siblings. Clemons did her primary level education from her hometown where her family resides.

Early from her childhood, Kiersey Clemons showed a lot of interested towards singing and acting. As a creative child, she began taking vocal lessons and modeling as well. Likewise, she participated in several local theaters.

From her skills and dedication towards acting, she signed a Disney Channel series, Shake it Up at the age of 16. In the series, she appeared as a guest role and appreciated by millions of people within a short period. Similarly, she becomes a regular character in other television series afterward.

In 2013, Clemons earned a recurring role as Kira Starr in Disney Channel's comedy TV series, Austin & Ally where she worked with Ross Lynch and Laura Marano. Some of her other TV series includes Transparent, Eye Candy, Easy, and Extant among others.

After achieving a grant success through her television series, Clemons made her film debut from the movie, Prom?! as Abby in 2013. Her breakthrough came in 2015 where she portrayed the role of Cassandra in comedy-drama movie, Dope. 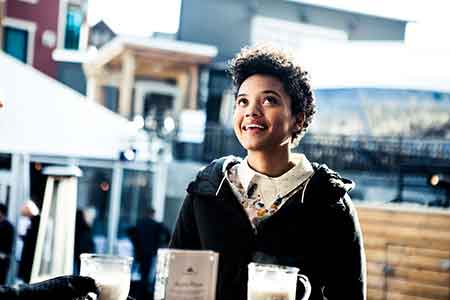 CAPTION: Kiersey Clemons in one of the scenes of Dope. SOURCE: Think Pynk

She then worked in several movies Neighbours 2: Sorority Rising, Flatiners, and Little Bitches among others. As of 2018, Clemons is working in An L.A. Minute and Sweetheart.

Besides, acting career, Clemons is also a famous musician and has collaborated with Pharrell Williams who is a Grammy Award-winning artist. Her songs are available in Transparent and Dope.

According to Celebrity Net Worth, Kiersey Clemons has an estimated net worth of $1 million. Clemons earns an impressive amount from her career. She appeared in several movies that made a good collection at the box office.

Kiersey Clemons is yet to get married. As of 2018, she is single; however, she was spotted with Dove Cameron in Vegas while celebrating Dove’s birthday in 2017, where they were spotted kissing each other due to which many speculated that he might be her boyfriend.

Here is the picture of them holding fingers:

The couple, however, has not confirmed anything regarding their dating life.

Besides,  Clemons played a character of a lesbian in Dope due to which many of the audiences speculated that she might be gay in the real life as well. But later, she confirmed that she is not a lesbian rather a straight.

Check out the interview with Kiersey Clemons and Tony Revolori: