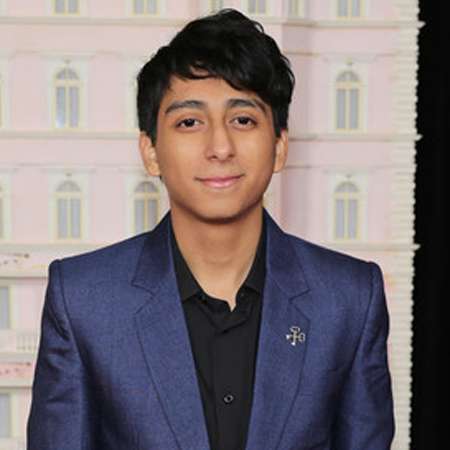 Tony Revolori was born on April 28, 1996 with a birth name Anthony Quinonez in Anaheim, California, United States. His father, Mario Revolori and his brother, Mario Quinonez are also an actor themselves so it's not a surprising fact that he is also an awesome young actor. He is of Guatemalan Decent. His father was an actor when he was young. He has a loving mother and very supportive family since his childhood. He was grown up near the Disneyland so he has enjoyed the beaches.

Tony actually started his career at the age of 2 where he did a food commercial. He has also appeared in much television drama like The Unit (2006), Son of Tucson (2010), Entourage (2007); My name is Earl (2009), and Shameless (2013). After his first appearance on Television, he slowly started taking on screen projects like his brother. Tony debuted in 2004 with a short role in Nebraska. He has played many short roles in Smother (2008), Ernesto (2008), The Perfect Game (2009), Spout (2009) and Fitz and Slade (2013). Tony's first feature film is The Grand Budapest Hotel in the role of Zero Moustafa in 2014 and in the same year he also did a small role in Special Delivery. His brother and himself fought for this role of Zero where he beat his brother where he played role of a refugee, turned to lobby boy.

This movie brought him to limelight as it was nominated for Oscar Award. Wes Anderson was looking for someone who would fit for the role of Zero for which he thankfully found Tony. Then he went on playing amazing roles such as in Umrika, an Indian Comedy Drama in 2015. In the same year, he again played the role of one of the nerd friends who explore surprises and adventure in Dope. Tony has done many interviews and has won many awards in his young career. In 2014, he was nominated for Most Promising Actor, Best performance by a Youth in a Lead or Supporting Role- Male, Best Ensemble, Best Youth Performance, Best Supporting Actor, and Best acting Ensemble for his movie The Grand Budapest Hotel. The Same Year, he won two awards for Best Ensemble at Detroit Film Critic Society, US and Florida Film Critics Circle Awards for the same movie. In 2015 as well he was nominated for Best Performance By a Younger Actor in a Film, Best Young Actor, Best acting Ensemble, Best Youth Performance, Best Breakthrough Performance - Male, Outstanding Performance in a Motion Picture for his role in The Grand Budapest Hotel.

In 2015, he won two awards for Best Ensemble at Central Ohio Film Critics Association and Georgia Film Critics Association (GFCA) for the same movie. This year, he was cast in The 5th Wave, Table 19 and Low Riders. His upcoming film this year is Spider-man: Homecoming. He has a very long way to go as these movies are just the beginning to his huge Success.

Tony Revolori is one of the young actors who have a huge success to come through. His acting skills has won millions of heart and gained him a lot of fame. Tony and his brothers do fight for many roles for the movies but they are happy for each other and for their success. Talking about his relationships, he is possibly single. There were rumors that on-screen co-actor Saoirse Ronan from The Grand Budapest Hotel and Tony were dating but having amazing and realistic on screen chemistry doesn't mean that they are dating. He possesses 5 Feet 6 Inches height and weight of 48 kg. Till now, there's no specific information about him dating anyone. According to his birth date, his age is 20 years old. His net worth is $1 million. He is an American nationality with mixed ethnicity, Guatemalan (Spanish and Indigenous). His bio is full of his experiences in acting.