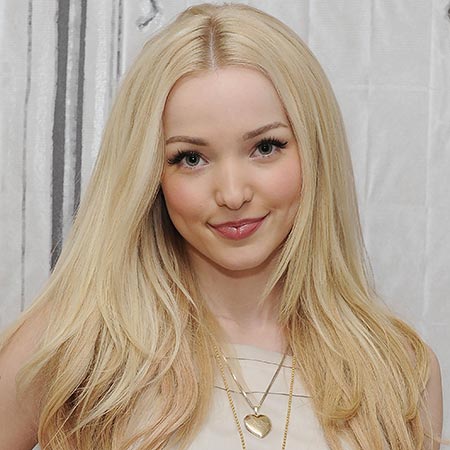 Dove Cameron is an American actress and singer better known for playing the roles of both title characters on the most popular Disney Channel television series Liv and Maddie since 2013. After several Disney series, she ended up with her television film Descendants which was a huge success. Her singing career started with YouTube covers. In 2013, under Walt Disney Records, Dove released Better in Stereo, which became Dove's first hit. She is also one of the highly growing social media stars has over 21.9 million followers on her Instagram as of November 2018.

Dove Cameron was born on 15 January 1996, Seattle, Washington to Philip Alan Hosterman and Bonnie Wallace. Dove has an older sister named Claire Hosterman. She grew up in Bainbridge Island, Washington and attended Sakai Intermediate School. She began acting at the age of eight in Community Theater in Bainbridge Performing Arts. At the age of 14, she sang in Burbank High School's National Championship Show Choir in Los Angeles, California.

Dove's father died in 2011 and that was when Dove changed her name legally. Her real name is Chole Celeste Hosterman. Dove is a very fluent French speaker as she spent many years in France

Dove Cameron began acting at the age of 8. In 2012, Dove appeared as Alanna in a Disney Channel Series of 'Bits and Pieces'. Later, the show was remodeled into 'Liv and Maddie', where Dove starred a dual role of Liv and Maddie Rooney. The show was premiered on 15 September 2013. The pilot episode of 'Liv and Maddie' gained huge popularity and became the most-watched episode.

Dove Cameron starred television show 'Descendants' premiered on 31 July 2015. The movie was viewed by 6.6 Million people. She is also preparing for the role of Mal in 'Descendents 2', which is set to be released in 2017. Dove has also signed for upcoming NBC television film 'Hairspray Live' as the role of Amber Von Tussle. The television film is said to be broadcast on 7 December 2016.

In 2018, Cameron appeared in Agents of S.H.I.E.L.D., Marvel Rising: Initiation, as well as Under the Sea; A Descendants Story. Some of his upcoming projects are The Angry Birds Movie 2 and Descendants 3.

Dove's movie 'Descendants' tracks were equally popular among audiences. The songs like 'Rotten to the Core', 'If only', 'Set it Off', and 'Evil Like Me' were all loved by the audiences.

Dove Cameron and Ryan McCartan in 2015 formed a band called 'The Girl and theDreamcatcherr'. They released their first single "Written in the stars" on 2 October 2015 and their second single 'Glowing in the Dark' on 29 January 2016. 'Someone you like' and 'Make You Stay' was their third and fourth single released on 8 April and 17 June 2016, respectively.

Dove Cameron has been active in the field of acting since 2012 and has played a number of iconic roles in both movies and TV series. She has an estimated net worth of around $3 million. She is also Instagram star has a considerable fan following on her account. And she has also collected a hefty amount from the sponsored post.

Dove Cameron is not married yet. She was in a serious relationship with her previous boyfriend Ryan McCartan. They started dating in August 2013 and were engaged on 14 April 2016. Despite their loving relationship, the couple did not last long and called it quit in after a few months of their engagement.

It is reported that the actress is currently dating Descendants 2 costar, Thomas Doherty.