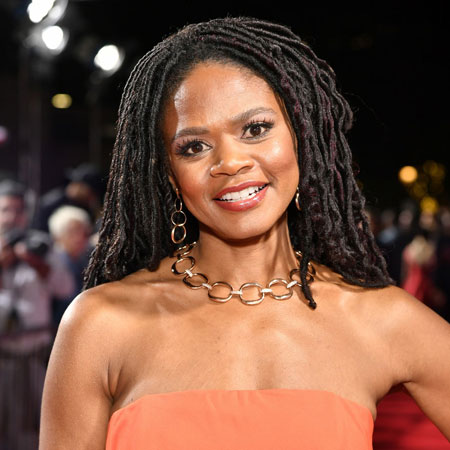 NAACP awards winning American actress, Kimberly Elise is popularly known for her role in the movie, Beloved. Elise made her acting debut in 1995 from the TV series, Newton’s Apple. A year later, she made her big-screen debut, with the movie Set It Off. Since then she has acted in numbers of TV series/movies and has been nominated for various prestigious awards.

Elise is dating Kevin Anthony Johnson. Previously, she was married to  Maurice Oldham with whom she shares two daughters.

Kimberly Elise, Aries, was born Kimberly Elise Trammel on 17th April 1967 in Minneapolis, Minnesota. Elise is American as per nationality, and as far as her ethnicity is concerned, she is African-American.

Kimberly Elise earned a BA degree in Mass Communication from the University of Minnesota and later attended The American Film Institute as a Directing Fellow.

Kimberly Elise made her Hollywood debut in 1995 from an educational TV program, Newton’s Apple following another TV series, In the House. The following year, Elise worked in her debut movie, Set It Off directed by F. Gary Gray.

Kimberly Elise then appeared in several films, The Loretta Claiborne Story, Bait, John Q, Woman Thou Art Loosed, The Manchurian Candidate, Pride, For Colored Girls, Hannah’s Law, Confirmation, and Almost Christmas among others. However, she is popular for her roles in For Colored Girls, Diary of a Mad Black Woman, Woman Thou Art Loosed, and Bojangles.

Along with movies, Elise also worked in numbers of TV series, The Sentinel, The Twilight Zone, Soul Food, Close to Home, Private Practice, Masters of Science Fiction, and Grey’s Anatomy among others. She is popular for her role in Close to Home starring Jennifer Finnigan.

Similarly, Kimberly Elise portrayed the character of Detective Lenore Jackson in 2018’s vigilante action film, Death Wish. She shared the screen with Bruce Willis, Vincent D’Onofrio, Elisabeth Shue and Dean Norris among others. As of 2018, she is also working in VH1’s sports drama TV series, Hit the Floor.

In 2019, Elise will be portraying the character of Lorraine Deavers in the movie, Ad Astra starring Brad Pit, Dede Gardner, Jeremy Kleiner and Anthony Katagas among others.

Kimberly Elise has been nominated and won various prestigious awards, and some of them are listed below:

Some of her nominated awards include Acapulco Black Film Festival awards, Black Reel Awards, and NAACP Image Awards among others.

Kimberly Elise has an estimated net worth of $2 million. Elisa has been a part of several hit movies that made a good collection at the box office and helped her accumulate impressive networth.

Elise sold her Hollywood Hills home for $1.595 million which she bought for $1.4 million in 2006.
Elise has also launched various beauty organic beauty products under her name which makes a good income.

Kimberly Elise is in a relationship with Kevin Anthony Johnson (entrepreneur, and an artist). They started dating a few years ago and posts several cozy pictures together. In February 2018, Elise posts a picture of them on Instagram with a caption,

''Happy Valentine’s Day to my sweetie, my bestie, and my great love.''

Kimberly Elise was also rumored to be dating Shemar Moore, an actor but the duo never confirmed their relationship.

Besides, acting Elise is also busy with her charity works. She has worked with PETA (People for the Ethical Treatment of Animals), animal rights organization to promote the lifestyle.

Here is the video of Elise talking about being a Vegan and her love for animals.