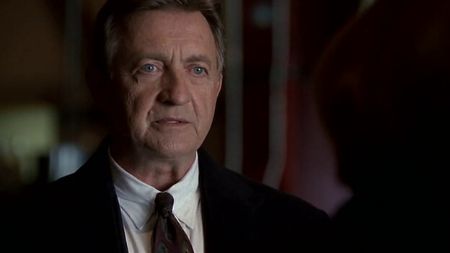 American actor Ken Jenkins is famous for playing Dr. Bob Kelso / Dr. Kelso in the medical comedy-drama TV series Scrubs (2001–2009). Similarly, she is also known for his roles in Last Man Standing, The Sum of All Fears, Courage Under Fire, and Cougar Town.

Ken Jenkins was born on August 28, 1940, in Dayton, Ohio, the United States. He is an American by nationality and belongs to the white ethnicity.

Regarding Jenkins' education, in 1958, he graduated from Wilbur Wright High School. Later, he attended Antioch College.

Ken Jenkins joined Actors Theatre of Louisville in 1969 and worked as a company member for 3 years. Then, he began his professional journey as Larry in the film What Comes Around in 1985.

After that, Jenkins appeared on several episodes of TV series as Homefront, The X-Files, Babylon 5, Star Trek: The Next Generation, Wiseguy, Early Edition, and Beverly Hills, 90210. Eventually, in 1996, he grabbed the spotlight for playing 1996 film Courage Under Fire starring Denzel Washington, Meg Ryan, Michael Moriarty, Matt Damon, and Scott Glenn. 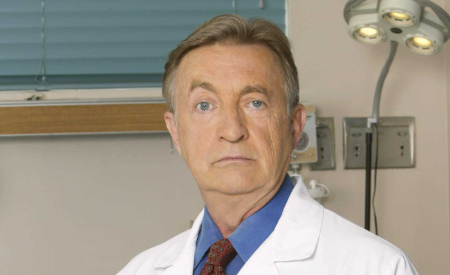 Additionally, Ken became the part of movies like The Wizard of Loneliness, Executive Decision, The Abyss, Air America, Last Man Standing, Fled, Gone in 60 Seconds, I Am Sam, The Sum of All Fears, Matewan, and Psycho.

Talking about Ken Jenkins' fortune, he is yet to reveal the exact figure of his net worth. As of 2020, his net worth is estimated to be around $3 million.

All of his worth is collected from his films, series, commercials, and endorsement deals. No doubt, he earns hundreds of thousands of salary from his successful acting career.

Father Of Three Kids With Ex-Wife

5 feet 7 inches tall Jenkins is currently married to an actress and playwright Katharine Houghton. The couple tied the knot on January 1, 1970.