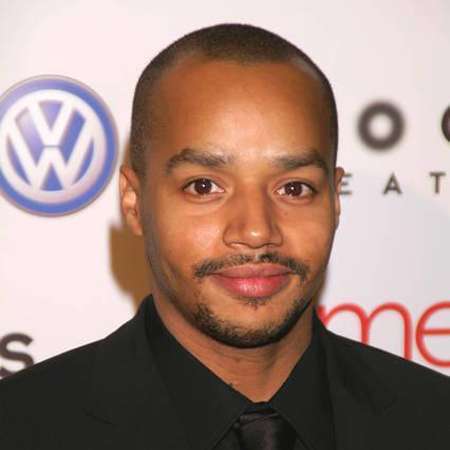 Donald Faison is a comedian, actor and voice actor of American nationality, known best for the portrayal of Dr. Chris Turk in the ABC comedy Scrubs. He was born to parents, Donald and Shirley on the 22nd of June, 1974. His role in Scrubs and other television and film roles have managed to make people search the details of his bio and career on sites like the wiki.

Donald was born in Harlem, New York City and his parents were a s sociated with the National Black Theater in Harlem, thus giving him an inspiration to act.  He started his career in the field of entertainment by first appearing in a commercial for Folgers coffee on 1991. The ABC News special named Prejudice: Answering Children’s Questions showcased him too. His notable role came as he portrayed the role of Murray Lawrence Duvall in the film clueless on 1995. He reprised his roles in the television series of the same name. He then appeared as Tarik on Waiting to Exhale and also appeared in New Jersey Drive. He then appeared in Big Fat Liar, Felicity; Remember the Titans, Clone High etc.

Faison has minor roles in the sitcoms like Sister, Sister, Sabrina, The Teenage Witch and Punk’d. He also appeared in the film Josie and the Pussycats and starred in several music videos. The science fiction thriller called Skyline also starred him alongside the likes of Scottie Thompson and Brittany Daniel. His other endeavors include acting in the movie Pitch Perfect, participating in the NBA All Star Weekend Celebrity Game and also being the host of the comedy sketch show named Who Gets the Last Laugh. His most notable role however, has been as Dr. Chris Turk in the comedy Scrubs; a role which has been highly appreciated by fans all over.

Faison has his personal life, as talked about as his career is. He dated actress Audrey Ince on 1994. Their affair lasted until 1996 after which they broke up. Lisa Askey, was the wife of Faison on 2001. They changed their love into a bond and were married and were together until 2005. After their marriage ended in a divorce, he started dating Minka Kelly. Minka and Faison were together on 2004 and up until 2005. The couple split ways and he started dating his current spouse Cacee Cobb. After a six year dating history, he and his girlfriend tied the knot on the 15th of November, 2012. Faison is the father of six kids in total. He has a son Sean from a previous relationship and two sons and daughter, Dade, Kobe and Kaya from his ex-wife Askey. From Cobb, he has two children. Son Rocco was born on 2013 and daughter Wilder was born on 2015.

Donald Faison has managed to bag up a net worth of 10 million dollars due to his acting credits and his salary too must be a huge amount. He has a height of 6 feet and an amiable personality which appeals directly to fans.