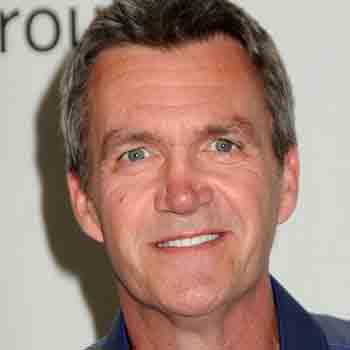 Neil Richard Flynn is an American actor and comedian who is best known for his role as a Janitor in the NBC medical comedy-drama called Scrubs. He received huge acclamation for his role, Mike Heck in the popular ABC series The Middle (2009-2018). Some of his other notable Television series and movies include Seinfeld, Wake Up, Ron Burgundy: The Lost Movie, It's a Very Merry Muppet Christmas Movie, Home Alone 3, The Resurrection of Gavin Stone among others. He has also lent his voice to several popular animated movies and TV shows such as King of the Hill, Ratchet and Clank, Clone High U.S.A, and DC web series Vixen.

Neil Flynn was born in the year 1960 on November 13 in Chicago, Illinois, USA, under the birth sign Scorpio. He is an American and belongs of Irish descent. He is a Christian by religion and was raised in the Roman Catholic faith. As his family moved to Waukegan, Illinois at an early age, he has attended the Waukegan East High School in the year 1978.

During high school, he and his partner Mike Shklair performed a comedy act in the competition for which they won the title of Humorous Duet Acting by Illinois Individual Events state championship. He attended Bradley University in Peoria, Illinois. After being graduated from the University, he returned to Chicago to pursue his acting career.

Neil made his debut on the screen in 1982 and has dedicated his life to this field. He has acted in renowned theaters like Goodman and Steppenwolf after returning to Chicago. He was nominated for a Joseph Jefferson Award for the play The Ballad of the Sad Café in the year 1986 and also had performed at the Second City Comedy Troupe and the Improv Olympic.

His recent work on the television screen includes Surviving Jack in the role of Sports teacher in the episode “She Drives me crazy.”

Neil is a talented actor. His charm and his personality are very amusing. Thus, the filmmakers could not stay behind casting him on their movie. As for such, in 1989, he got the break to work in the movie from the movie Major League in the role of Longshoreman.

His role in the movie is also not a major one but his performance is very catchy in any of the roles he has appeared in. Later onwards, he appeared in the movie Rookie of the year, The Fugitive, Baby’s Day Out, The Fence, Chain reaction, To Sir, with Love II, and Home Alone 3.

His other roles include Magnolia, The Right Temptation, The removers, It’s a Very Merry Muppet Christmas Movie, Brainwarp, Mean Girls, Anchorman: The Legend of Ron Burgundy, Hoot, Re-Animated, Sex and Death 101, Alive and Well, 5-25-77, Indiana Jones and the Kingdom of the Crystal Skull, Monkey Talk and Cloudy with a Chance of Meatballs.

He is all set to appear in the NBC sitcom Abby's in the main role alongside Natalie Morales, Nelson Franklin, and Jessica Chaffin. The show is set to be released in 2019.

Neil Flynn's Net Worth And Earnings

As of 2018, Neil Flynn's net worth is estimated to be around $5 million. He is active in the industry for many years and has acc u mulated an impressive net worth and salary. He is also involved in several endorsement deals and ad campaigns which adds more to his value.

Franklin has also played several major roles in many box office hit movies like Indiana Jones and the Kingdom of the Crystal Skull which became quite commercially successful raking up over $$786 million worldwide against its producing cost of $185 million. In the movie, he played the role along with Harrison Ford and Cate Blanchett.

As of 2018, Flynn is reportedly single and he has not introduced anyone as his girlfriend. He is not married yet till this age, so there is keen speculation of him being gay. However, this is not confirmed.  He has not revealed any details about his personal life, affair and more.