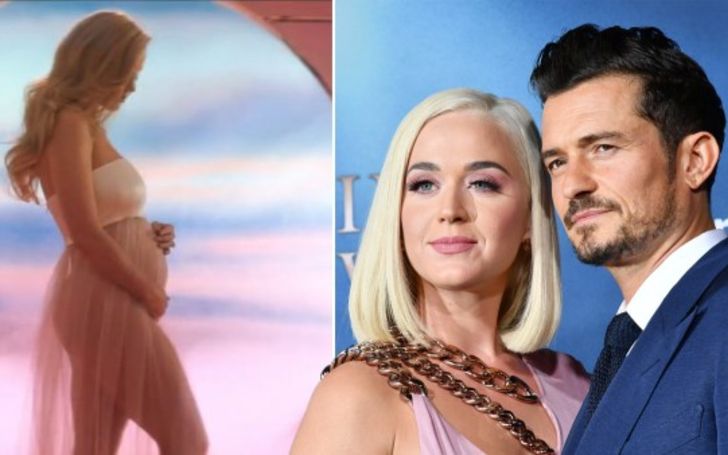 Katy Perry and Orlando Bloom Are Expecting First Child Together

Katy Perry is pregnant! Yes, the singer-songwriter, 35, is expecting her first child with her fiance Orlando Bloom, an English actor best known for his roles in The Hobbit film series, together.

The songstress, 35, took to Twitter on Thursday, March 5, to share with her fans that she is pregnant by showing off her baby bump in her new single Never Worn White.

Minutes after the world premiere, she shared a tweet about her pregnancy, writing,

omg so glad I don't have to suck it in anymore, or carry around a big purse lol

This will be the first baby for Perry while Orlando, 43, is already a father of a 9-year-old son Flynn Christopher Bloom, who he shares with supermodel ex-wife Miranda Kerr, 36.

Meanwhile, Perry was previously married to comedian Russell Brand (2010 - 2012) and was in a relationship with singer-songwriter John Mayer from 2012 to 2013.

Katy and Orlando started dating in January 2016 but they made their relationship public only a few months later in May 2016 at the Cannes Film Festival.

They briefly parted ways in March 2017 but got back together later that year. They got engaged on 2019 Valentine's Day when he proposed her with a $5 million worth massive ring. They are set to marry in a spring wedding in 2020.