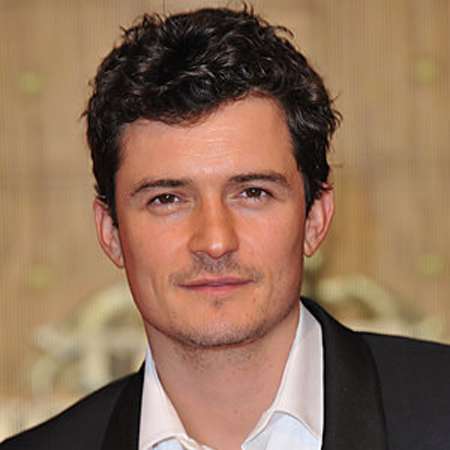 Orlando Bloom is an English actor best known best for his breakthrough role in the trilogy of The Lord of the Rings. He has appeared in several fantasy films and has also appeared in Pirates of the Caribbean series as Will Turner.

Bloom, who has a son with his ex-wife Miranda Kerr, is expecting a baby with his now-fiance Katy Perry.

He was raised along with two brothers Peter Bloom and Steve Bloom, and a sister Samantha Bloom in the Church of England. His step-father, Colin Stone, died when he was four, and his actual father was made his guardian.

His mother is of Indian origin. He did his schooling from St. Peter’s Methodist Primary School. He then attended the St. Edmund’s School as well as the King’s School situated in Canterbury. Being dyslexic, he joined the National Youth Theatre and trained at the British American Drama Academy.

His first major roles include acting in Casualty and Midsomer Murders, which were television series. His film debut was for Wilde and he later studied acting at the Guildhall School of Music and Drama.

Orlando Bloom has appeared as Legolas in the Lord of the Rings Trilogy and has also appeared in the Hobbit trilogies. His roles also include acting as Will Turner in Pirates of the Caribbean as Balian de Ibelin in the Kingdom of Heaven and as Paris in Troy. He has subsequently acted in leading roles in movies like Elizabethtown, New York, I Love You as well as Main Street. He has also appeared in Broadway productions like Romeo and Juliet.

Whopping Net Worth of $35 Million

Orlando Bloom has an estimated net worth of $40 million, according to Celebrity Net Worth, as of 2020.

He owns a luxurious house in Beverly Hills, California. He has listed the house, which he had bought for $7 million, for $8.999 million. The mansion has 4 bedrooms and 4 bathrooms.

His fiancee Kety Perry, meanwhile, has a whopping net worth is around $330 million, according to the website.

Orlando Bloom was rumored to be dating Lindsay Lohan back when he initially rose into the heights of fame.

Around 2001, he was in a relationship with Sienna Miller. They didn’t date long and Kate Bosworth was his girlfriend in 2002. This couple split in 2002 after which he was rumored to be dating actress Helena Christensen.

He was also rumored to be dating Vanessa Lachey at around 2005 after which he supposedly dated Naomie Harris.

Australian model Miranda Kerr and Orlando Bloom started dating from 2007. They were married in 2010. They have a child together.

Engaged to Katy Perry, Expecting a Baby With Her

The actor has been in a serious relationship with pop singer Katy Perry. The couple, who attended the 73rd Golden Globe Awards, started dating in January 2016 but they only made their relationship public in May 2016 at the Cannes Film Festival.

They briefly split in February 2017 but rekindled their relationship in April 2018. The two got engaged on Valentine's Day 2019.

In March 2020, Perry announced in her new single, Never Worn White, that she is expecting her first child with her fiance Bloom.

The two are set to get married at a spring wedding in 2020.