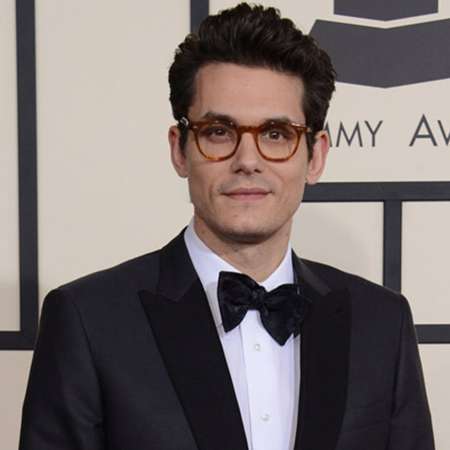 John Mayer is the most popular and one of everyone's favorite name in the world music industry. John is a singer, songwriter as well as a very talented guitarist. He loves to sing the songs on soft rock genres which helped him earn the popularity and the multiple Grammys. Mayer has given numbers of albums and sons to the world from where he is making a huge net worth. With such earning, he owns a grand house and a huge collection of cars. Moreover, as per some sources, he spends almost 25% net worth on watches.

Regarding his personal life, he has dated many famous female celebrities of Hollywood but broke up. As of 2018, he might be possibly single.

John Mayer, in full John Clayton Mayer, was born on 1977 October 16 at Bridgeport, Connecticut, the USA to parents Richard and Margaret Mayer.

His family raised in Fairfield with his two siblings, older brother Carl Mayer and a younger brother Ben Mayer. He had attended Centre for Global Studies at Brien McMahon High School at Norwalk in his junior days.

John Mayer became fascinated in Guitar after watching Michael J. Fox’s guitar performance as Marty McFly in Back to the Future. He became fascinated with the instrument when he was 13 and when his neighbor gave him a Stevie Ray Vaughan’s cassette; he became passionate about blues music.

Soon, he began to learn guitar with the local shop owner named Al Ferrante and became consumed with the instrument. He was very concentrated on music since his childhood so his parents were worried and had taken him to the psychiatrist. After two years of practice, John became to play at the local junction and blue bars. He was a member of a band Villanova junction with Tim Procaccini, Joe Beleznay and Rich Wolf. John had a great passion for music for which he was even interested to skip his college.

Mayer was seventeen years old when he got severe cardiac dysrhythmias making him hospitalized for a weekend. After being back from the hospital, he wrote his first song and that is how his journey to songwriting started.

When John was 19, he got admitted to Berklee College of Music in Boston. After two semesters at the college, he along with his friend Clay Cook moved to Atlanta to pursue their career in music. In the beginning days, they began to perform at the local coffee houses and club as a band called LoFi Masters.  John wanted to move forward, learning more and being upgraded in music which made the band separate and Mayer began his solo career.

John’s career began to shine since the millennium 2000’s. He came into the attention of launch label Aware records after his appearance at South by Southwest in March 2000. In early 2001, Aware released his internet-only album titled Room for Squares. The album has the several hits number like Your body is a Wonderland, No Such Thing and also Why Georgia. His songs began to spawn in several of the radios as the hit number.

He had won a Grammy for Best Male Pop Vocal Performance for “Your Body is a Wonderland.” Then he released his second album in 2003 as Heavier Things, Continuum 2006, Battle Studies 2009, Born and raised 2013and Paradise Valley 2013 which helped him earn name and fame together and also lots of prominent awards and achievements.

Besides being a songwriter, singer, producer, and musician in the music, he is also a social activist, writer, and host for television. In 2002, he began the Back to You fund, a nonprofit organization focused in the areas of health care, education, the arts, and talent development. He had also participated in several of the awareness campaigns and performed for charities as well.

Mayer has written blogs and columns. He has written articles on various topics including personal as well as popular interest and also the Guitar Lessons. John has written several of the songs and also had co-written the lyrics with several other artists. He had appeared in several of the television shows and talk programs and even hosted some of the shows like half-hour comedy special on VH1.

John Mayer has an estimated net worth of $40 million. Mayer earns an impressive amount from his singing career.

Here is the list of his albums with its copies sold:

He owns a house in Beverly Hills worth $13 million which he bought from Adam Levine and his wife Behati Prinsloo. In 2018, a thief broke into his house and stole over $2 million of property. Moreover, he has a collection of luxury cars:

Name of John Mayer has been attached with several of the celebrities. John had affair with many famous female celebrities like Jennifer Aniston, Jennifer Love Hewitt, Minka Kelly, Taylor Swift, Jessica Simpson, Katy Perry. His ex-girlfriend is Katy Perry with whom he has released a duet called Who You Love in 2013.

Moreover, John is not married yet. He is the most eligible bachelor today in the celebrity world.

Mayer gave a controversial interview to Playboy magazine in 2010. When he was asked question about his interest in dating black women. He answered,

''My dick is sort of like a white supremacist. I've got a Benetton heart and a fuckin' David Duke cock. I'm going to start dating separately from my dick.''

He also used the word ''nigger'' in the interview due to which he was accused of being a racist. Later, Mayer apologized via Twitter,

''It was arrogant of me to think I could intellectualize...a word that is so emotionally charged.''

Besides, Mayer is active on social media and has a great fan following. As of 2018, his Instagram account has over 3.5 million followers.

Check out the interview with John Mayer: