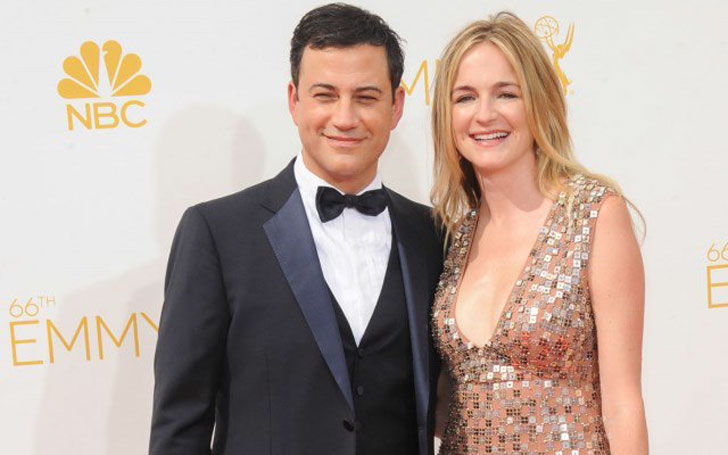 Renowned for his show, Jimmy Kimmel Live!, Jimmy Kimmel is loved by his fans for his jolly and pranking attitude and an amazing host but the real-life Kimmel without a doubt wins the title of the most loving and caring father and a husband.

Kimmel has been happily married to writer Molly McNearney. since 2013 and blessed with four adorable children.

The 50-year-old television host Jimmy Kimmel is living a blissful married with his wife Molly McNearney since 2013.

Kimmel and McNearney started dating back in 2009. At the time, the latter was a co-head writer for Jimmy Kimmel Live while the former hosted the show. 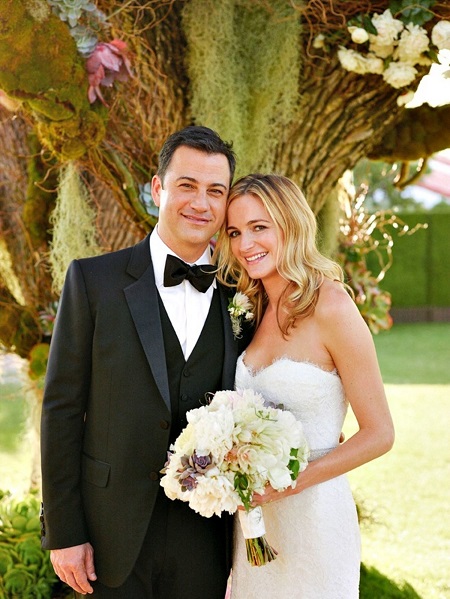 After three years of dating, the couple got engaged in August 2012. According to People, Kimmel proposed his then-girlfriend during their vacation in South Africa’s Kruger National Park.

The couple welcomed their first child together, a daughter Jane Kimmel in August 2012 and their second child, a son  William ("Billy") John Kimmel was born on 21st April 2017. 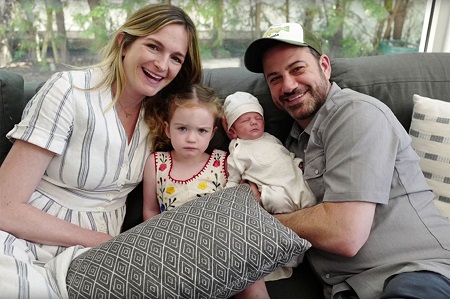 The newborn Billy was born with a rare congenital heart defect, Tetralogy of Fallot (TOF) with pulmonary atresia which was diagnosed after three hours of his birth.

Kimmel revealed about his son's rare disease during his show Jimmy Kimmel Live. He shared the experience in tears and stated:

“They found that Billy was born with, um, a heart disease. Uh … something called Tetralogy of Fallot with pulmonary atresia.” “It's hard to explain,”

“Basically, the pulmonary valve was completely blocked. And he has a hole in the wall between the left and right sides of his heart.”

The infant underwent the surgery at Children’s Hospital Los Angeles after three days of his birth and again in December 2017. As per some source, Bill is "recovering well" following his second heart surgery.

Kimmel is dedicated father and also a loving husband. McNearney once revealed the caring and nurturing behavior her husband saying:

“Our Christmas cards and stationery are all handmade by him; our wedding invitation, he drew. He makes vinegar, he makes pasta from scratch. He really is Martha Stewart. I’ve never met a man that’s so feminine and so masculine at the same time.”

Kimmel indeed is a family man.

Molly McNearney is Kimmel's second wife. He was previously married to his college sweetheart, Gina Maddy in 1988. The couple was first introduced while they both were students at the Arizona State University. 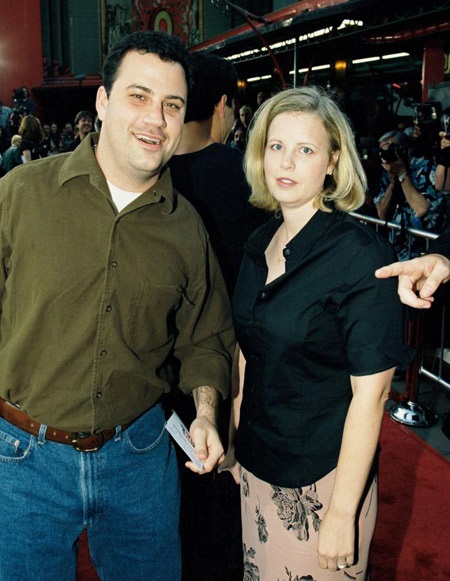 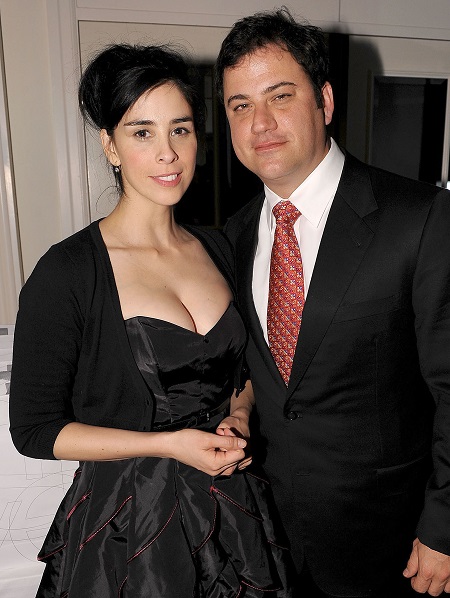