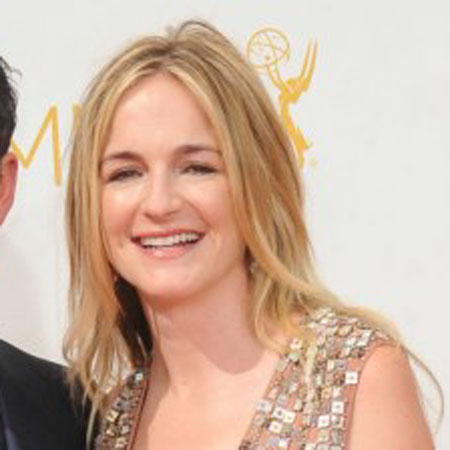 Molly McNearney was former American screenwriter for the late night talk show Jimmy Kimmel Live!. She is also known for writing skits for the 64th and the 68th Primetime Emmy Awards.

Molly McNearney was born on 13 March 1978 in Missouri, U.S.  She is the second child of mother Michelle McNearney, and father Michael McNearney. She has a big brother named Michael Jr. McNearney. She is of White ethnicity and holds American nationality.

She completed her school education from J-School. Then she joined the University of Kansas, and after graduation, McNearney enrolled into William Allen School of Journalism and Mass Communication, earning a degree in advertising in 2000.

Before getting into the entertainment business, Molly McNearney worked in sales. From 2003, she began working in comedy television show Jimmy Kimmel Live!, and the following year she began working as a writer's assistant.

On Kimmel's show, McNearney contributed to some hilarious sketches, including an episode where she convinces singer Josh Groban to sing Kanye West's tweets.

When Kimmel attended the White House Correspondents Dinner, she wrote jokes for the occasions. The same year, she also wrote skits for 64th and 68th Primetime Emmy awards.

Molly McNearney is a married woman. In 2013, she married Jimmy Kimmel, television show host, well known for his appearance on late-night talk television show. The pair dated for three years and got married after ten months of their engagement.

McNearney became step-mother of two children from Kimmel's previous marriage Kevin and Katie. She has a daughter with Jimmy Kimmel named Jane(born 2014). The couple also has a son named William John Kimmel. He was born with a congenital heart defect, and underwent surgery just after three days of birth.

Molly McNearney earns a decent amount of money as a screenwriter and comedy show writer. She served as a head writer for the late-night television talk show Jimmy Kimmel Live!, she has also written for awards shows.

She also has a Volvo XC60 worth $42,495. As of 2017, McNearney's total net worth is estimated to be $5 million, whereas her husband Jimmy Kimmel earns $10 million annually and has a net worth of $35 million which he generates as a host for various shows.