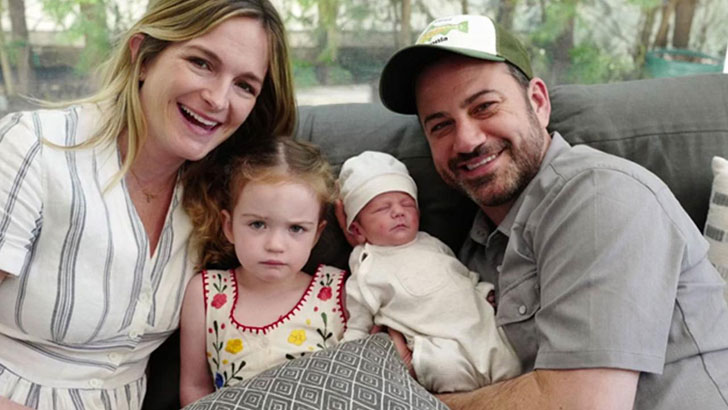 Television host and comedian Jimmy Kimmel might be the happiest father on the planet today!!!

Kimmel's seven-month-old son William John 'Billy' had a successful heart surgery Monday morning, which is the second for the 7-month-old since his birth.

The infant, Billy's surgery was scheduled for November, however, was postponed as a precaution after the family came down with colds.

The ABC network announced Billy's surgery in a statement on Monday saying:

had a scheduled and successful heart surgery this morning.

The network added, the celebrity guests like Tracee Ellis Ross, Chris Pratt, Melissa Mccarthy, and Neil Patrick Harris would be filling Kimmel's absence in Jimmy Kimmel Live! for the week.

The 50-year-old television host Kimmel and his writer wife Molly McNearney welcomed their fourth child, in April. Then, Kimmel announced that his 3-days old son had undergone the surgery at Children's Hospital Los Angeles because of his condition.

Kimmel explained in a tearful monologue in May on Jimmy Kimmel Live!

Basically, the pulmonary valve was completely blocked and he has a hole in the wall between the left and right sides of his heart.

He also added, despite the successful first successful open heart surgery, he (Billy) will have to go through another surgery between 3 to 6-months-old.

Kimmel also shares a 3-year-old daughter, Jane, with his wife McNearney, while he has other two children- Kevin and Katie from his previous marriage to Gina Kimmel.