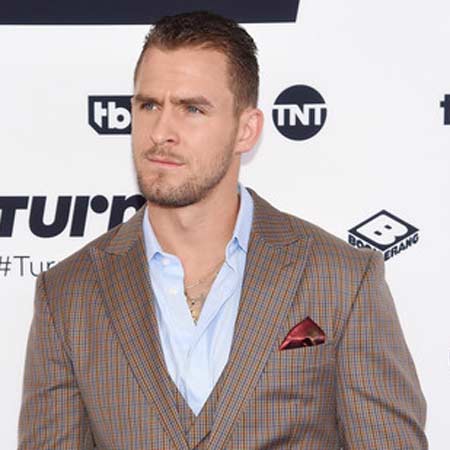 American TV and movie actor, Jack Kesy made his Hollywood debut in 2009 from Emina. In 2014, he made TV debut from The Strain. He appeared in several hit movies like Baywatch, 12 Strong, The Alienist, as well as Death Wish. Some of his hit series include Claw and Ray Donovan. As of 2018, he landed his significant characters in three blockbuster movies, Deadpool 2, Blood Brother and Demented.

Jack Kesy was born in 1986 in New York City, New York. Kesy is American as per nationality and is of White ethnicity/race. When he was a child, he lived in Italy and East Germany. He studied theater in London and later served in the United States Marine Corps.

Not much information regarding his parents and siblings are available.

Jack Kesy made his Hollywood debut in 2009 as Zoran in the movie, Emina. In 2011, he worked in the drama film, Yelling to the Sky with Zoe Kravitz, Gabourney, Jason Clarke and Antonique Smith.

Kesy then worked in the number of movies including Morgan, Recruiter, Intruders, Tomato Soup, The Throwaways, Hot Summer Nights, and Juggernaut. As of 2018, he made an appearance in Deadpool 2 with Ryan Reynolds, Josh Brolin, Zazie Beetz, and Brianna Hildebrand. In the same year, he also made an appearance in several other successful projects like 12 Strong and Death Wish. He is also set to appear in Blood Brother and Demented.

Kesy made TV debut in 2014 from the horror drama TV series, The Strain. The series starred Corey Stoll, Kevin Durand, David Bradley, and Richard Sammel. He played the role in the series from 2014-2016.

Since 2017, he has been appearing as Roller Husser in Claws with Niecy Nash, Karrueche Tran, Carrie Preston, and Judy Reyes. As of 2018, he worked in period drama TV series, The Alienist by Caleb Carr. In the same year, he went on to appear in the TV series The Alienist.

Jack Kesy’s Net Worth And Salary

Jack Kesy has an estimated net worth of $500 thousand, but, the amount is still under review. Kesy worked in numbers of movies that made an impressive collection at the box office. Some of his hit movies include:

As per some online sources, a TV star averagely makes a salary ranging between $150k-$1 million.

Jack Kesy, the rising actor, is confidential when it comes to his dating life and relationship, Kesy is more focused on his career and is not involved in any kind of serious relationship at present. Despite being active on his social media, he rarely shares his love life and relationship status with his fans. As of December 2018, he has over 12K followers on his Instagram account.

The actor has posted only his work-related photo on his social media. With the limited information he has shared about his love life, it can be a s sumed that he is single in the present days.

In January 2015, Kesy was arrested during a cocaine sting. He was caught ordering cocaine from a dealer who was an undercover agent. Later, he pleaded guilty and was released on $10k bail.

Here is a video where Jack Kesy talks about his acting: