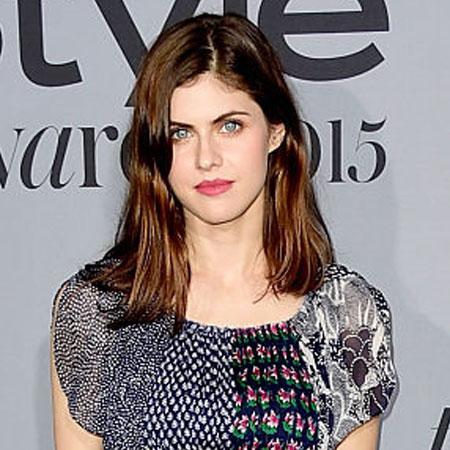 Alexandra Anna Daddario is an American actress, known best for her role Annabeth Chase in the Percy Jackson series and Blake Gaines in San Andreas.

Alexandra Daddario was born as the eldest child of her parents, Christina Daddario, a lawyer, and Richard Daddario, former head of NYPD counterterrorism on March 16, 1986, in New York City. She has a brother, Matthew Daddario, an actor and a sister Catherine Daddario.

Alexandra has an American nationality and is of mixed ethnicity with the Italian, Czech, English and Irish ancestry. She has been blessed with a pair of striking blue eyes.

Alexandra was raised in Manhattan and went to Brearley School and Professional Childrenï¿½s School. When she was 11, she was certain to pursue her career in acting. She is a graduate of Marymount Manhattan College and claims to have studied Meisner acting technique for years.

Alexandra stepped into acting at the age of 16 with a role of victimized teen Laura Lewis on the soap opera All My Children. Her major breakthrough came as Annabeth Chase in 2010 for the fantasy-adventure film, Percy Jackson & the Olympians.

She has also appeared in music videos and has done several of the guest appearances on different television shows and movies.

Alexandra gained a massive applause and attention for her role in True Detective that opened the doors to several of the big projects including the hit movie San Andreas alongside Dwayne Johnson, the supporting role in Nicholas Sparksï¿½ film, The Choice, and many others.

In 2010, he appeared in the film, Chris Columbus' Percy Jackson & the Olympians: The Lightning Thief, alongside Logan Lerman, Zane Holtz and Jake Abel.

Alexandra can be seen in a lead role in the film adaptation of Baywatch alongside Dwayne Johnson as her upcoming new release.

Alexandra is reported to have dated number of her co-stars. Words go around that she was in a long-term relationship with Jason Fuchs from 2006 till 2009.

She then fell in love with her co-star of Percy Jackson, Logan Lerman. He is currently 25 years of age. They started dating since 2009 and got engaged on 16th December 2016. Rumor has it that, she is in having a secret affair with Zac Efron, her co-star from Baywatch, but none of them has spoken on it.

Also, the rumor made an impact on her engagement causing another rumor that her fiance turned boyfriend Logan called off their engagement. However, nothing has been confirmed yet.

Alexandra Daddario is not married yet and lives in Los Angeles with her dog named Levon.

Alexandra Daddario has made her recognizable image in Hollywood and for her work and popularity; she is paid a good amount. She is reported to have an estimated net worth of $4 million dollars and is sure to incline in days to come.