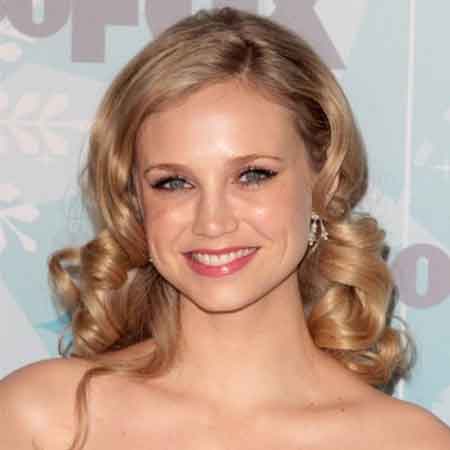 Fiona Gubelmann (born Fiona Victoria Gubelmann), an American actress has been active in the entertainment industry since 2003. Widely famous for playing Jenna Mueller in Wilfred (2011-14), Gubelmann got further TV prominence Daytime Divas (2017) & as the main cast Dr. Morgan Reznick in The Good Doctor (2018-21).

In 2016, she was the lead in the successful Hallmark film Tulips in Spring, the independent film Dispatch, and the Lifetime film Mommy's Little Girl.

Fiona Gubelmann was born on 30 March 1980 in Santa Monica, California, the U.S under the birth sign Aries.  As she was interested in acting and dancing from her childhood her mother enrolled her in dance cla s ses.

At the age of four, she made her first play in a ballet version of The Cabbage Patch Kids. And she attended drama camps and acted in local community theater.

Fiona attended Torrey Pines High School in Del Mar, California where she was involved in the drama department. She later enrolled in the University of California, Los Angeles in a pre-medical major. As she found acting so much enjoyable she switched her major to theater. In 2002 she graduated from UCLA and went on to study acting at the Beverly Hills Playhouse.

What Is Fiona Gubelmann Age and Height?

Gubelmann made her television debut in the year 2003 when she appeared in the UPN sitcom The Mullets and in the following year, she made her film debut in the comedy movie Employee of the Month as Amber and Blue Demon as Alice.

From 2011 to 2014, Fiona was cast in the main role of Jenna Mueller in the TV series Wilfred (35 episodes) alongside Elijah Wood, Jason Gann, and Dorian Brown Pham. Throughout those years while working in Wilfred, she also made guest appearances in a bunch of TV series including Criminal Minds, How to Be a Gentleman, Save the Supers, Modern Family, and We Are Men.

Having worked in One Day at a Time (2017), Fiona then landed as the main cast Heather Flynn-Kellog in the television series Daytime Divas starring Vanessa Williams, Chloe Bridges, and Camille Guaty. The same year, she worked in Lethal Weapon and American Housewife.

Following works in TV films Christmas Next Door (2017) & Royally Ever After (2018), Fiona was cast in the acclaimed TV series The Good Doctor (2018- 2021, 56 episodes) as Dr. Morgan Reznick. There, she shared the screen with  Freddie Highmore, Antonia Thomas, Beau Garrett, Richard Schiff.

Fiona Gubelmann has made a number of appearances in several popular movies and television series and from her profession, the actor has collected a good amount of fortune. As per Celebrity Net Worth, Gubelmann has an estimated net worth of $1.5 million as of March 2021.

In the year  2007, the actress was a cast in the movie Blades of Glory which became the quiet hit at the box office grossing over $145 million against its production cost of $61 million. In the movie, the actress played the role along with Will Ferrell, Jon Heder, and Will Arnett.

Fiona Gubelmann Is Married- Who Is Her Husband?

Fiona Gubelmann is married to Alex Weed, who is also an actor. She met her husband when they were both students at UCLA. The couple was featured in an episode of the House Hunters spin-off House Hunters Renovation where they were seen buying and renovating their new home.

As of 2018, the pair lives in California. Since they are very private people nothing much is known about their relationship.

During Fiona's time as an undergraduate, she did some volunteer work with ArtsBridge, which was a program for at-risk youth living in the Los Angeles metropolitan area.

Her favorite comedies are Groundhog Day and Scrooged.

Concerning her online presence, the actress has more than 242 K followers on her Instagram account as of March 2021.

Check out her video explaining how to be Christain but Kinky.