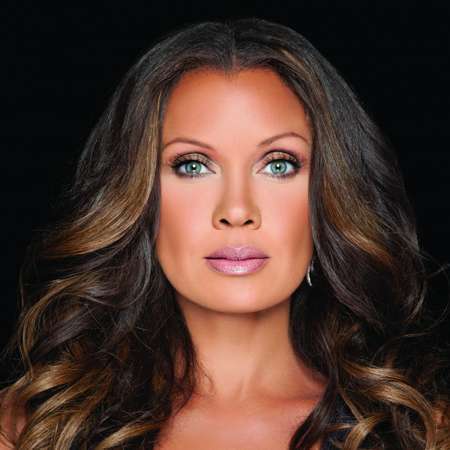 Vanessa Lynn Williams is an actress and singer is probably known best for appearing in Desperate Housewives and for being the first African American woman to win the title of Miss America. She has appeared in several films and especially in many television series which has won her critical acclaim and has made fans constantly search her wiki and bio pages. She was born to Helen Tinch and father Milton Augustine Williams Jr on March 18, 1963.

Born in the Bronx, New York she is said to have the ancestry of Ghana, British Isles, and Cameron, Finnish, Southern European, Togo, Benin, Senegal, and Portuguese ancestry. She grew up with her brother in a middle-cla s s family in New York City in a musical household. She studied cla s sical and jazz dance, violin, piano, and French horn ad attended Syracuse University. She attended the Syracuse College of Visual and Performing Arts, Department of Drama until she was crowned Miss America 1984. She had to resign from the post, a few weeks prior to her reign as unauthorized nude photographs of her were released by the Penthouse magazine.

Williams’s television roles include acting in several hit series like The Odyssey, L.A. Doctors, and Boomtown. She appeared as Elizabeth Bauer in South Beach and as Wilhelmina Slater on Ugly Betty. Her role on Ugly Betty won her the NAACP Image Award, Satellite Award, and the Primetime Award and a nomination for the Teen Choice and Screen Actors Guild Award. She appeared from 201-12 as Renne Perry on the series Desperate Housewives which won her the Satellite Award. She has also had major roles on 666 Park Avenue and The Good Wife among many others. Her film credits include acting in The Pick-up Artist, Another You, Harley Davidson, and the Marlboro Man, Eraser, Hoodlum, soul food, Dance with Me, The Adventures of Elmo of Grouchland, Shaft, My Brother, And Then Came Love, Delhi Safari etc.

In the year 2017, the actress played the role in the TV series Modern Family sharing the screen along with Ed O'Neill, Sofía Vergara, Jesse Tyler Ferguson, and Ty Burrell.

Vanessa Williams' Net Worth And Earnings

Vanessa Williams has a net worth of a whopping 28 million dollars in 2019. Williams has released a number of hit songs as well as played many iconic roles in movies. In 2012, her salary was $100 K from 666 Park Avenue.

Vanessa Williams has been married three times and has been divorced for two times. She was previously in an affair with Michael Jordan after which she was linked with Sam J. Jones on 1984. She was married to Ramon Hervey II, a few years after giving up her crown on 1986. The couple got a divorce in 1997 after they have three children named Melanie, Jillian Hervey and Devin together.

Later, at around 1999, Williams got married to NBA basketball professional player named Rock Fox. They had a daughter in May 2000 after which they got divorced in 2004 after Fox was found to be cheating her. Her third husband is Jim Skrip. The couple engaged in 2014 and got married on July 4, 2015. They seem to be doing pretty well together.