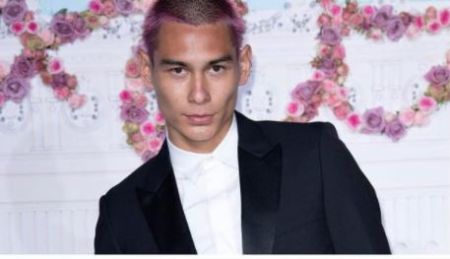 Hawaii-born Evan Mock is an American skater, surfer, model, and photographer. He previously grabbed the limelight after the singer Frank Ocean shared a video of him.

Currently, Mock debuted as an actor and came to the spotlight for playing the role of Aki Menzies in HBO Max's reimagination of Gossip Girl (2021).

Evan Mock was born on April 8, 1997, in Hawaii, the United States. He holds an American nationality and belongs to multiracial ethnicity.

His father, Steve Mock is an artist and surfboard fin designer while the identity of the mother is not missing. He has a sister Alana Spencer who is a photographer by profession.

Regarding his education, the multi-talented once revealed that he has been homeschooled in an interview.

What Is Evan Mock Famous For?

At the age of 12, Evan started skateboarding, but, he actually began surfing before that. He would guide tourists along with a job related to 'shark diving'. Surprisingly, he came to the limelight after the singer Frank Ocean shared his skateboarding video on Instagram all of a sudden.

Likewise, Mock is also a photographer. He had worked as a photographer on Travis Scott's Astro World Tour. Mock photographed the American rapper's shows and behind-the-scenes moments from the tour for two weeks and traveled around Europe on his private jet. 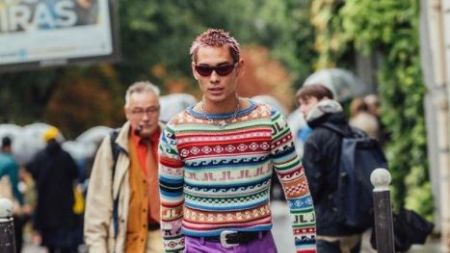 Besides that, the versatile personality is also a model who is represented by Kendall Werts, The Jeffries Group LLC, BWR Public Relations, and others. He starred in campaigns for Paco Rabanne, Louis Vuitton, Calvin Klein, Saint Laurent, and others. He has so far endorsed various brands including Welcome Skateboards, HUF, STANCE, Kicker Audio, Hurley, Filtrate Eyewear, Converse, Stance Socks, Byrd Hair, and in4mation Skateboards.

Furthermore, the American citizen debuted as an actor in 2021. He portrayed the role of Aki Menzies in HBO Max's reimagination of Gossip Girl (2021) in altogether 10 episodes. In the teen drama, he shared his screen with Emily Alyn Lind, Eli Brown, Savannah Smith, Jordan Alexander, Laura Benanti, and Thomas Doherty.

How Much Is Evan Mock Worth?

He receives a hefty sum via skateboarding, photography, modeling, and acting. Also, he owns an online clothing line, Sorry in Advance which sells hoodies, hats, and t-shirts.

The model Evan's relationship status is not available at the moment. It is not known if he is dating someone secretly. Though the detail of his current love life is hidden, he was in a relationship in the past.

He once disclosed in an interview with Monster Children that his heart was broken by his ex-girlfriend. However, he did not reveal his former partner's identity and other information.

Mock's social media is full of his photography, skateboarding, and surfing. Surfing his Instagram, we could find that he shares a really good bond with various celebrities including Justin Bieber and Hailey Baldwin (Bieber).

Talking about his physical appearance, he has an athletic build. He loves inking in his Body. He has tattoos on his thighs, right arm, and right shoulder.