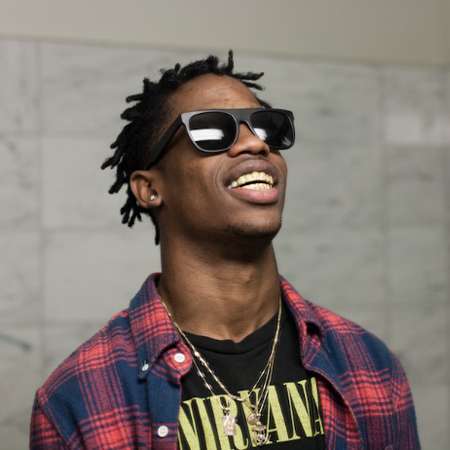 Travis Scott has been in a relationship for a long time. The couple shares a daughter named Stormi, born on February 1, 2018.

Travis Scott was born on the 30th of April, 1992 and with his rise in fame. He is of American nationality and Black African ethnicity. He is currently signed in with GOOD Records.

Travis was born in Houston, Texas and was brought up in Missouri City. For his education, he was enrolled in the Elkins High School after which he attended the University of Texas situated in Austin as well as in San Antonio.

Travis dropped out to pursue a career in music and started producing beats at the mere age of 16. After several attempts at establishing a musical career on his own and releasing EP and albums with partnerships with friends and other musicians, he finally signed in with the Epic Records on 2012.

He subsequently released the mixtape Owl Pharaoh starting by releasing singles from 2012. For the mixtape, he supposedly took help from Kanye West, Mike Dean, and other several musicians.

Later, he went on to release his second big album named Days Before Rodeo, which too became highly popular among music fans and critics and further rose him up to the heights of fame. It was released in the year 2014 on August 18.

Travis signed in also with the GOOD Records on 2012, November. He signed in as an in-house producer. This came about after he appeared on the debut compilation of the album named Cruel Summer on 2012.

On April 2013, Travis signed in with the T.I.’s Grand Hustle imprint and his album named Rodeo was released on the 4th of September, 2015. This album too has garnered him a lot of attention.

Travis Scott has an estimated net worth of around $22 million, according to celebrity net worth as of 2019.

Along with his girlfriend, Kylie Jenner, the artist bought the mansion for $13.5 million in Beverly Hills, in October 2018.

This rapper and musician previously dated Rihanna, a famous singer.  Their affair was public in November 2015 when the pair were touring together and he would be opening for her in the North American portion of her tour.

This led to widespread speculation about the couple being together and dating. The issues and rumors were talked about and were spread all across the year and even now, but the couple has neither confirmed nor denied the details about their relationship.

Currently, Travis is dating celebrity Kylie Jenner. Now, she is pregnant with his first baby and her fourth month is running. And The couple welcomed their first child, a daughter Stormi Webster, on Feb 1st, 2018. Just a moment after, the couple has shared a number of beautiful pictures of their newly born baby girl to their social media.