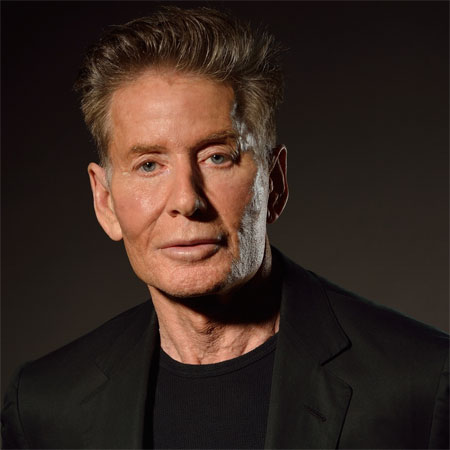 Calvin Klein is a popular fashion designer who is well known for his various range of clothing line such as ladies and men's apparel, denim and underwear along with the high profile.

Calvin Klein was born on 19 November 1942 in the Bronx, New York. He was born to the Jewish family, son of Flore and Leo Klein. Klein attended Isobel Ronney Middle School during his childhood.

Klein's father was an immigrant from Hungary, whereas his mother was the daughter of an immigrant from Austria and American Dentist. He joined High School of Art and Design and registered but never graduated from there.

Later in 2003, Klein received honorary Decorate from New York's Fashion Institute of Technology. He did his scholarship in the year 1962 at an old line cloak-and-suit manufacturer, Dan Millstein and spent five years designing at various shops in New York City.

Calvin Klein's career began when he launched his first company with is childhood friend named Barry K. Schwartz in 1968. Later Klein was, fortunately, able to secure a deal with department store Bonwit Teller, after he got a chance to encounter with one of its buyers.

Calvin Klein was fully focused on women's coat and coordinates; he also branched out into additional lady's apparel that can be mixed and matched, cultivating a minimalist, streamlined.

Klein also hired fashion luminaries to a s sociate shape of his vision, with some crediting former Vouge editor Francis Stein as the force behind articulating the sensuality that Klein would be famous for.

In 1980, Klein's brand was also recognized for underwear, luxurious perfumes and colognes with ad campaigns.

Later after having established an array of license agreements over the course of their career, Klein and Schwartz sold their company in the year 2003 to Phillips-Van Heusen Corporation for $430 million and stock along with a limited royalty deal.

Calvin Klein is married to Jayne Center who is a textile designer. The couple got married in the year 1964. They have a daughter together named Marci, currently works as a Talent producer of NBC Saturday's Night Live.

After couple years of their marriage, the couple ended up getting a divorce in 1974. Later in 1986 Klein married to his a s sistant, Kelly Rector. The couple got married in Rome while they were on a buying trip in Italy.

His wife later came into limelight as socialite photographer, after separating in 1996. The couple got finally divorced in April 2006.

Klein is a supporter of the Democratic Party, as he has given over $250 million to candidates and PAC's since 1980

Calvin Klein earns a huge amount of money from his successful career as his total income net worth is estimated to be $700 million, which holds his luxurious standard of living.

Klein is also an owner of several properties. He recently sold his mansion located in Miami for $13 million. He has also a house in Los Angeles worth $25 million. He has several cars in his collection including Porche 911.