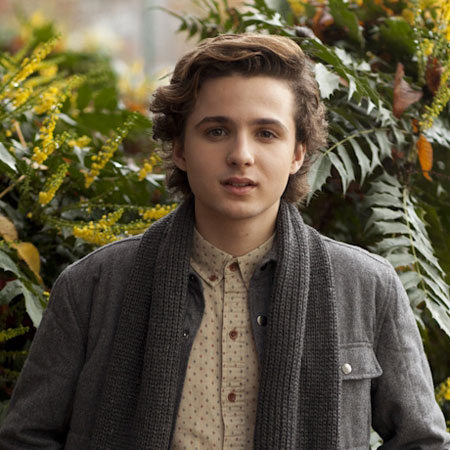 Dylan Schmid is a Canadian actor, aspiring writer and producer who came to limelight after playing the role Baelfire on the television show Once Upon a Time in 2012. He is also notable for his performance in R.L. Stine’s The Haunting Hour, Do You Mind, and Anything for Love. The actor also featured in several movies like Santa’s Little Helper, Kid Cannabis, Step Dogs, and Bunks. He also portrayed two roles at McPherson Theater in The Hobbit. Schmid started his acting career at the early age of six.

Dylan Schmid was born in Victoria, British Columbia, Canada, on March 6, 1999. He is Canadian as per nationality and is a White Canadian by ethnicity. He is the son of Sherri Schmid and Todd Schmid. His mother works in the field of acute psych. He spent most of his early childhood days play-fighting and doing skits with his older brother T.J. Alog with his brother, he also produced a short movie GOOD and they both also love to make music together.

As a child, Schmid used to be the funniest member of his family who would always make other people laugh with his funny expressions and weird movements. He went on to study at Kate Rubin Studios after winning the acting and modeling contest at the age of six. At the same time, he also did two short movies, made by students.

Dylan Schmid made his professional acting debut featuring in a 2012 American science fiction television series Fringe. The following year, he appeared as Jeremy in the horror-fantasy TV series The Haunting Hour: The Series.

Schmid later appeared in the science fiction television series Falling Skies. He other works include in Do You Mind, X Company, and Anything for Love.

Some of his hit TV series are:

Schmid made his film debut playing the role of Marcus in a 2013 movie, Bunks. By the same year, he appeared in many other comedy and horror movies, including Horns, Step Dogs, and Kid Cannabis. After a couple of years, he went on to portray in American direct-to-DVD comedy film Santa’s Little Helper.

Schmid has earned a considerable amount of money from his acting career. As per the estimation made by various online sources, Schmid has an estimated net worth of around $0.8 million. He owns a BMW 4 series gran coupé which worth around $44,295.

Dylan Schmid is dating Kaitlyn Bernard since 2015. His girlfriend Bernard is an up and coming Canadian actress who has appeared in several popular movies including The Healer, and Richard Says Goodbye.

The couple often travels to several places and is also active on their social media, where they frequently share cute and adorable moments of them with their fans.

Though they are secretive about their relationship details, their social media tells us they are very happy to have each other.

It’s good to be back

It has been more than three years since they started their special bond and it looks like they have a long way to go.  As of Dec 2018, she has over 27.8 K followers.