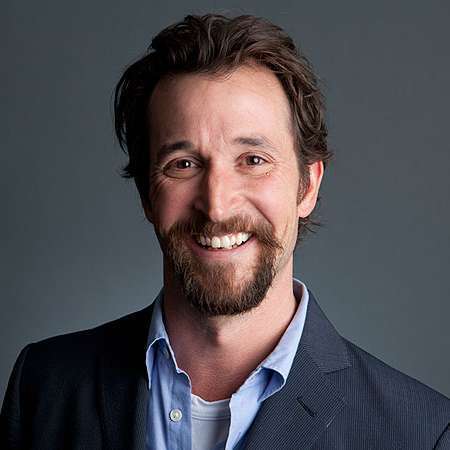 Noah Strausser Speer Wyle, an American actor, is known for his role as Dr. John Carter in ER and Tom Mason in Falling Skies. He has appeared in numerous films, TV series, and theater shows.

In 2001, People Magazine listed him in the 50 Most Beautiful People. In 2017, he appeared in the movie Shot alongside Sharon Leal, Jorge Lendeborg Jr., Berkeley, and other Hollywood stars.

Noah Wyle was born Noah Strausser Speer Wyle on June 4, 1971, and now he is 46 years. The birthplace of Noah is Hollywood, California and now he is living in Los Angeles, California. He is actively working in Hollywood as a theatre actor as well as an American film and television actor since the 1990s.

he is remembered for his character as Dr. John Carter is among the best performance that he has been carried out within ER. Noah's mother was working as a registered orthopedic head nurse, and her name is Marjorie.

Like similar to this his father was an electrical engineer and also an entrepreneur by his profession whose name is Stephen Wyle. Noah's father was holding Jewish descent, and his mother was belonging from Episcopalian. In the year 1970 Noah's father and mother officially got a divorce.

Noah was educated from the Thacher School during the very early time that was located in Ojai, California and later he grabbed his graduate degree in the year 1989.

During the very early phase, he started featuring the Theatre Arts Program, and he also became a part of Northwestern University at the very time.

He also started playing the high school plays during his high school phase, and this also made him grab the award at the very time.

With the story of great success, he also was provided with the pilot script of ER at the very moment. Then, he was finalized for the role of Dr. John Carter in the ER. The series aired from (1994-2009).

After appearing in ER, he became popular and various filmmakers started offering him working on their projects. Since then, he has appeared in various movies, TV shows, and theaters.
He currently appears in The Librarians alongside Rebecca Romijn, Christian Kane, Lindy Booth, and other stars of the industry.

Noah is married and has children. Wyle is married to Sara Wells since 2014. He met Sara in the year 2011 in The Blank Theater Company eventually they started their affair which later turned into the married life.

The couple has a daughter together named Frances Harper Wyle. Wyle also raises two children from his ex-wife Tracy Harbin.

Noah is the father of 3 children, and he is a very responsible man to his family. In the early time of his long-term affair, he got married to Tracy Warbin. They got married in the year 2000 and later in the year 2010 due to the high level of conflicts and misunderstanding this couple had their divorce. She is professionally a make-up artist and she welcomed a son and a daughter with him.

Noah Wyle's current net worth is $18 million. He earns a hefty amount from his films and TV series. Wyle currently resides in Santa Ynez, California. In 2013, he sold his lavish Santa Barbara mansion for $2 million.

Noah's height is 6 feet 1 inch, as well as his looks and presentation styles, are amazing. Viewing the bio of this superstar his career elaborated his salary and the current amount of net worth is also exclusive in the sum of hefty amount.