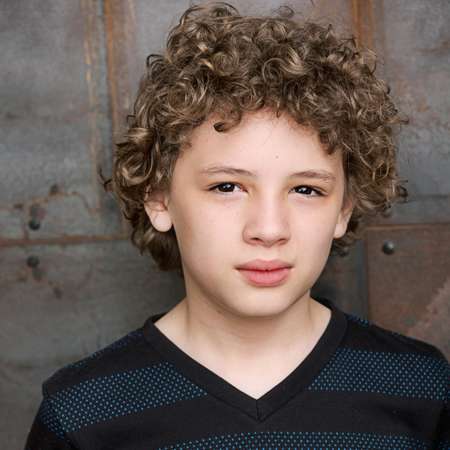 Knight was nominated for Young Artist Award in 2012 for a guest-starring role on CBS's "CSI: Miami."

Maxim Knight was born on August 21, 1999, in Honolulu, Hawaii, United States of America.  He belongs to North American ethnicity and holds an American nationality.

Knight moved to Los Angeles from Honolulu with his mother while his father and younger brother remained in Hawaii. His family has supported him since his childhood.

Knight was highly interested in the acting field from the very early age and was enrolled in acting training at the age of 6.

Maxim Knight started his acting career at the age of 8. His first role was in 2007 in the film, All for Melissa as Little Jared. At the age of 7, he booked his first feature film; Ball Don’t Lie opposite Nick Cannon, Chris Ludacris Bridges, Melissa Leo and Rosanna Arquette.

Knight had many small roles in films like How My Dad Killed Dracula; Gator Armstrong Plays with Dolls, Number One Dad, The Coast and Al’s Beef in the year of 2008.

Knight also appeared in the 2009 films like Slaughter as Cort and Family Dinner as Ryan O’Connell. Between the year of 2012-2013, Knight appeared in movies like Trigger as Young Ryan and Media as Jacob.

For Knight’s performance in Medea, he was nominated for Best Performance in a Feature Film-Leading Young Actor. In 2011, Knight was cast for the sci-fi series, Falling Skies as Matt Mason. He has been a regular cast for all five seasons of the show.

Maxim has also appeared in TV series like Three Rivers and Brothers & Sisters. In 2010, Knight appeared in a hit series, Criminal Minds as Carter. From 2010-12, He appeared for six episodes of Special Agent Oso.

Maxim Knight is an actor since his childhood, so he has grown up inside the entertainment industry. As Maxim had already stepped towards his achievement at his very young age, he has experienced a lot to be a young professional actor.

So besides being an actor and focusing on his career, there’s no news about him being in any relationship or him dating anyone. He is too young to have an affair or go on a date.

Knight loves to travel and explore and enjoys skiing, bicycling, nature hikes, and horseback riding. He also loves playing games and is also a gaming expert.

Knight has been an inspiration and role model for many children through his acting and gaming skills. He has a new pa s sion for the sport, and now he has become a skilled rider. Currently, Maxim Knight resides in Los Angeles.

The young actor, Maxim Knight, has just started a career. He is yet to make remarkable income from the movies. So, his net worth is yet to be disclosed.