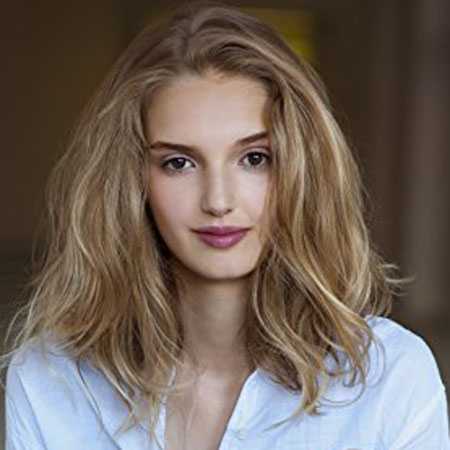 The 15 years old Kaitlyn Bernard is a film and TV actress. She is notable for her prominent roles in several movies including The Healer and Mom's Day Away. Kaitlyn also appeared in a guest appearance on When Calls the Heart and Haven. She started her acting career by delving into musical theatre when she was only three years old.

The Mom's Day Away star, Kaitlyn Bernard, was born on December 3, 2001, in Canada. As far as her ethnicity is concerned, Kaitlyn is a Caucasian and belongs to Canadian nationality. She spent most of her childhood days in Canada with her younger sister, Emily.

As a child, Kaitlyn was keenly interested in musical theater and started her on-screen career at the very early age of three. Following her love for musical theatre, she soon began commercial works. Kaitlyn made her film debut in 2014 television movie, Mom’s Day Away. In the same year, she also featured in June in January.

After that, Kaitlyn made her remarkable appearances in a number of all-time hit TV series including, Haven alongside Emily Rose and Eric Balfour. Moreover, she featured as a guest star in When Calls the Heart along with Erin Krakow, Lori Loughlin, and Jack Wanger.

Kaitlyn eventually caught her big break when she was invited to play the lead role for an award-winning feature film, CADENCE.

The 15 years old, Kaitlyn Bernard is not married yet. However, the upcoming actress, Kaitlyn is currently dating an 18 years old Canadian actor, Dylan Schmid. Kaitlyn and her boyfriend Dylan seem quite close and happy with her as of their recent Instagram and Twitter posts.

Kaitlyn Bernard is one of the successful young Canadian actresses. Kaitlyn has earned a tremendous amount of money and fame as she featured in several well-known films and TV series. In the year 2017, Kaitlyn’s net worth is believed to be more than $500K.