Dominique Fishback is an American stage and screen actress and playwright most known on television as Billie Rowan on HBO's Show Me a Hero and Donna 'Darlene' Pickett on HBO's The Deuce.

How Old is Dominique Fishback? What is her Height?

A native of New York City, New York, Dominique attended Pace University, graduating in 2013 with a Bachelor in Arts degree in Theatre.

Dominique Fishback started acting very early on in her life. Her career began as a stage actress and she is most known for her one-woman show, Subverted. Debuted in 2014, the off-off-Broadway play concocted by Fishback features her in 22 different roles. The play was nominated for an Innovative Theater Award for Outstanding Solo Performance in 2015.

Fishback made her on-screen debut in 2014, starting with an appearance in the thriller short Mental America.

She made her television debut in the episode, "The Busy Flea", of the first season of the Cinemax period medical drama The Knick starring Clive Owen.

She had a string of television appearances including her guest roles as Keisha in the Showtime drama series The Affair, Nicole in the FX espionage thriller The Americans, Charelle Tyler in the CBS police procedural drama series Blue Bloods, and Elan in the USA Network comedy-drama series Royal Pains. 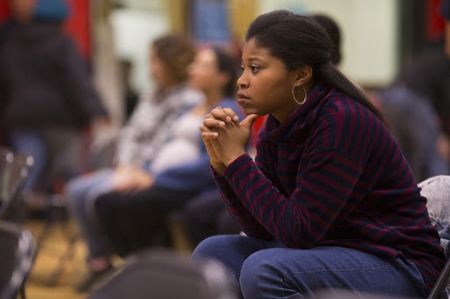 Fishback became more widely known for her portrayal of Billie Rowan, a single mother, in the HBO drama miniseries Show Me a Hero. The six-part miniseries adaptation of Lisa Belkin's eponymous 1999 book ran from August 16 to August 30, 2015, and among others, starred Oscar Issac, Alfred Molina, Winona Ryder, and Jon Bernthal.

She landed her first leading television role as Darlene in the HBO period drama The Deuce. The '70s-'80s NYC drama ran for three seasons from September 10, 2017, to October 28, 2019. Other than Fishback, the drama series also starred James Franco and Maggie Gyllenhaal, among others.

She went on to find more acclaim and recognition as Najja in the HBO late-night sketch comedy show, Random Acts of Flyness.

Other than her television roles, Fishback has also had notable appearances on the big screens. She made her feature film debut in 2018 as the lead character, Angel Lamere, in the drama film Night Comes On. Later that year, she appeared as Kenya, the best friend of the lead protagonist Starr Carter (played by Amandla Stenberg) in the drama film The Hate U Give. 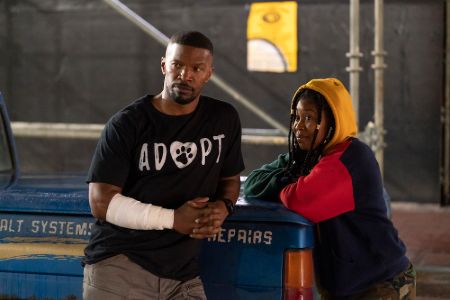 Most recently, she was seen as Robin in the 2020 superhero movie Project Power starring Jamie Foxx and Joseph Gordon-Levitt. She is set to star opposite Daniel Kaluuya, Lakeith Stanfield, and Jesse Plemons in the upcoming biographical drama movie Judas and the Black Messiah.