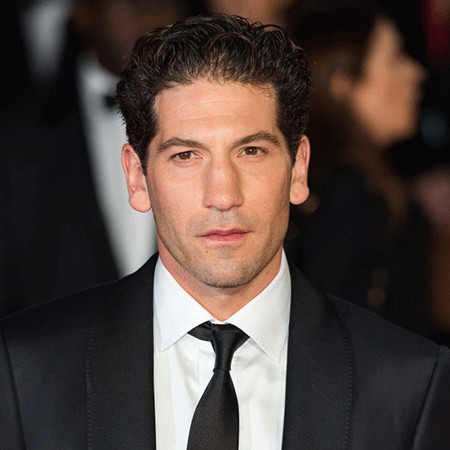 Jon Bernthal is an American actor known best for his role as Shane Walsh on the AMC series of 'The Walking Dead'. He is active in the acting professional since 2002 till date.

An American actor Jon Bernthal born as Jonathan Edward “Jon” Bernthal” is the son of Joan Lurie and Eric Lawrence “Rick” Bernthal. Jon was born on September 20, 1976, in Washington, D.C. He is the grandson of musician and producer Murray Bernthal. He has two brothers, Nicholas and Thomas.  He is a Jewish.

Jon Bernthal attended Skidmore College in Saratoga Springs and later enrolled at The School of Moscow Art Theatre in Russia. Being a baseball enthusiast, Jon had played as a catcher on a semi-professional baseball team during his time learning acting. He has a Master of Fine Arts from American Repertory Theater.

Jon Bernthal was discovered at the American Repertory Theater in Cambridge, Massachusetts by the executive director of Harvard University.  After graduating, Jon Bernthal landed in several of the region plays and Off-Broadways. He made his guest appearances in several of the television series including Boston Legal, CSI: Wrigt’sMiami and How I Meet Your Mother.

Jon Bernthal got his first regular role in television series 'The Class' which opened the doors of more opportunities to him. In 2009, he played a supporting role in the Ben Stiller comedy movie Night at the Museum: Battle of the Smithsonian. He has worked in several of the movies and television series. Netflix’s superhero series Daredevil and Pilgrimage are his upcoming movies and it has been announced that he will appear inWright's Baby Driver as Griff and Wind River.

Jon Bernthal is a married man. He is married to the niece of a professional wrestler, a WWE star Kurt Angle in 2010 in a ceremony held in Potomac, Maryland. The couple has two sons and a daughter named, Henry born on August 2011, Billy born on February 2013 and Adeline born on February 2015. The family is living a very happy life.

Jon Bernthal and his wife are both supportive and understanding to each other.  They have been honest and faithful to each other. Jon’s past affairs and girlfriends are in a shade as there is no information available on this matter.

Jon Bernthal is a masculine man standing the height of 5 feet and 11 inches. He has dark brown wavy hair and dark brown eyes. He has a deep commanding voice and has long earlobe and broken nose.

It is said that his nose has been broken for 13 times till date. Bernthal is the first American live action actor to portray Frank Castle/ The Punisher in a live action adaptation. He confesses that he does not tweet.

Jon Bernthal works hard and is paid likewise. His hard work certainly pays him off. He has a very handsome salary and his net worth is in million. TheRichest estimated his net worth to be around $1.5 million in 2012.