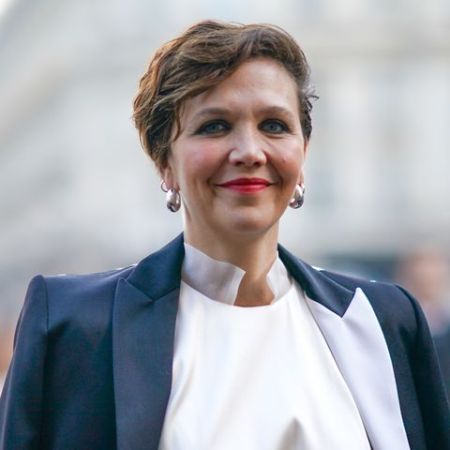 Born and raised in New York, Maggie Gyllenhaal is an American actress. She is known for her roles in movies like The Dark Knight, Confession of a Dangerous Mind, Mona Lisa Smile, Happy Endings, and Crazy Heart. She has earned a nomination for Academy Awards for Best Performance by an Actress in a Supporting Role. Likewise, she was also nominated for Golden Globes Award four times and won on one occasion for her role in the movie The Honourable Woman in 2015.

Born in the Family of Filmmakers

Gyllenhaal is the oldest daughter of screenwriter and director Naomi Foner Gyllenhaal (mother) and director Stephen Roark Gyllenhaal. She was raised with her younger brother Jake Gyllenhaal who is also an actor.

The American actress went to Harvard-Westlake Prep School and later studied at The Mountain School for four months. She relocated to New York and completed her degree in literature and Eastern religions. She learned acting at the Royal Academy of Dramatic Art in London, England.

Gyllenhaal has been working in Hollywood for more than two decades. She has accumulated an alluring net worth of $15 million from her work in television series and movies.

Gyllenhaal took $500,000 as a salary for her role in the movie World Trade Center in 2006. She also appeared in various movies that did well at the Box Office. Here are some of the movies with their budget and box office collection.

Gyllenhaal debuted from the 1992 her father Stephen Gyllenhaal-directed movie Waterland. She got the main role in the 2002 movie Secretary. After that, she started receiving several offers for main roles in films and television series.

The 41-year-old actress also worked as a voice actor in an animated movie Monster House in 2006. Later, she replaced Katie Holmes as Rachel Dawes on DC's comic adaptation movie The Dark Knight directed by Christopher Nolan. She portrayed the role of Nessa Stein in 2014 mini Series The Honourable Woman, for which she won the Golden Globe Award for Best Performance by an Actress in a Miniseries or Motion Picture Made for Television. 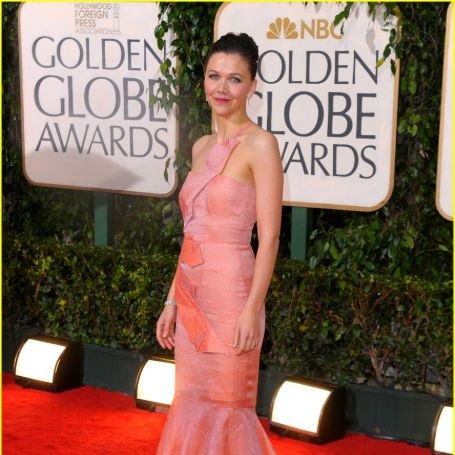 In 2017, she made her debut as a producer from the television series The Deuce. A year later, she worked as a producer and actress in the movie The Kindergarten Teacher.

The Golden Globe-winning actress is married and is a mother of two children. She is married to actor Peter Sarsgaard. The couple first met in 2002 through her little brother Jake.

They were in a relationship for 4 years before getting engaged in April 2006. The couple welcomed their first daughter Ramona Sarsgaard on 3rd October 2006. After three years, they took their relationship to the next height by walking down the aisle. They exchanged their wedding vows on 2nd May 2009 in a chapel in Brindisi, Italy. 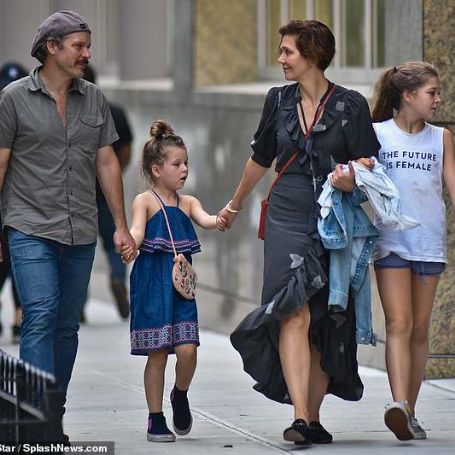 Actress Maggie with her husband and children SOURCE: Getty Image

Gyllenhaal and her husband welcomed their second child Gloria Ray on 19th April 2012. The family of four is living a blissful life as of October 2019.