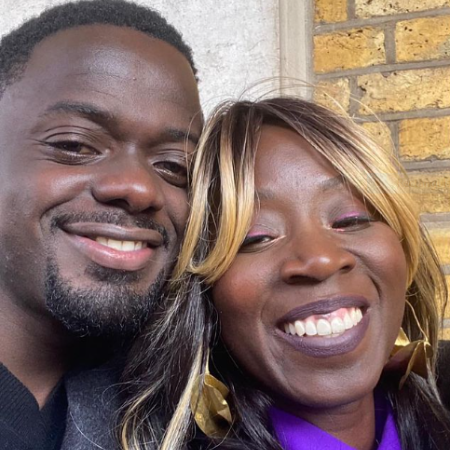 British actor and writer, Daniel Kaluuya is best known for his notable performance in the 2017 horror movie, Get Out. He received nominations for many prestigious awards in his career. Started his career in improvisational theater as a teenage artist, he made his debut in the 2006 movie, Shoot the Messenger. The Get Out star has maintained a net worth of millions at present. His movie, Get Out became one of his successful movies grossing millions. He has won the Evening Standard Award and Critics' Circle Theatre Award for Outstanding Newcomer.

Daniel Kaluuya was born on February 24, 1989, in London, England. He is English as far as his nationality and is of mixed ethnicity.  He is the son born to Ugandan immigrants. As of May 2022, the actor is 33 years old.

Kaluuya grew up with his parents and elder sister. He spent her early days in Uganda.  He studied at St Aloysius College, London. His father lived in Uganda and often visited his children.

He wrote his first play in 1998. He started performing improvisational theatre. He admitted that he did not learn acting as he could not afford to go to acting school.

Showbiz Journey As an Actor And Writer

Kaluuya made his debut role as Reece in the BBC's controversial drama Shoot the Messenger. He played Posh Kenneth in a British teen drama, Skins. He also contributed as a writer on the first two seasons of the series and the head writer of the episodes titled "Jal" and "Thomas."

Kaluuya made guest appearances in many popular TV series including Silent Witness, the Doctor Who special "Planet of the Dead", and Lewis. He appeared twice in the sketch show, That Mitchell and Webb Look, and the sketch show Harry and Paul. He voiced the character Mark Walker in the BBC Radio 4 sitcom, Sneakiepeeks.

The British actor performed the lead role in the British drama, Sucker Punch. The drama was first staged at the Royal Court Theater, London in 2010. He won Evening Standard Award and Critics’ Circle Theater Award for his performance in the drama. In 2009, Kaluuya played the role of Michael “Tea Leaf” Fry in the BBC psychological horror, Psychoville. The series ran for two years until 2013. He appeared in many short movies between 2011 and 2013. He starred in the movie, Baby in 2010. The movie was released on January 19, 2010, at Sundance Film Festival.

The Skin alum appeared as Agent Tucker in the sequel to the 2003 movie, Johnny English titled Johnny English Reborn in 2011 alongside Rowan Atkinson. The following year, he portrayed Mac Armstrong in BBC’s drama series, The Fades. He appeared in an episode: Fifteen Million Merits, of the anthology series, Black Mirror. He received positive reviews from critics.

Kaluuya played the character of Black Death in the superhero comedy movie, Kick-Ass 2 in 2013. He portrayed Reggie Wayne, an FBI Agent in the 2015 thriller movie, Sicario.

In 2017, the actor played the role of Chris Washington in an American horror movie, Get Out. He was cast alongside Alison Williams, Bradley Whitford, Caleb Landry Jones, and Stephen Root, among others. The movie was made on a budget of $4.5 million and grossed $254.9 million at the box office.

The 5 feet 9 inches tall actor has a net worth of around  $1 million, as per the source by muzul. He has made a huge collection from his movie career. However, some tabloids claim his fortune to be around $15 Million. The actor earns a considerable amount as a writer also.

Who Is Daniel Kaluuya's Wife?

Daniel Kaluuya is unmarried and has no children. He is in a relationship with his longtime girlfriend, Amanda Crichlow. The pair attended the Golden Globe Awards ceremony in 2018, where he was nominated for his performance in the movie, Get Out.

Kaluuya resides in West London with his girlfriend. The couple is having a good relationship. He is not actively involved in social networking sites. As per some online sources, his partner is an actress and a producer. However, she has maintained a low-key profile.

Get Out stars talking about their movie.