Dichen Lachman is a Nepali-born Australian actress. She started her acting career in 2005 appearing in the movie Eastworld and a TV series, Neighbours portraying the character named Katya Kinski. She is also recognized for her roles in hit TV series like The 100 where she appeared as Anya and in Agents of S.H.I.E.L.D playing the character of Jiaying. Similarly, she appeared in the first season of the 2018 Netflix release, Altered Carbon as Reileen Kawahara.

Dichen Lachman was born on February 22, 1982, to Nepalese-Tibetan mother and an Australian father in Kathmandu, Nepal. She lived there until she was eight and moved with her family to Adelaide, Australia in 1990. While in Adelaide, she attended West Lakes Primary School, Gilles Street Primary School, and Norwood Morialta High Scool.

Lachman then enrolled at St Mary's College and Annesley College.  She dropped out of the college to pursue her career in acting and moved to Sydney and started taking acting classes at the Lynett Sheldon Actors Studio.

Dichen Lachman debuted in an entertainment industry appearing in 2005 movie Eastworld and TV series, Neighbours portraying the role of Katya Kinski. In 2006 she appeared in  Aquamarine as Beth-Ann.

Lachman was a series regular in Neighbours as Katya Kinski, Dollhouse as Sierra and in Being Human as Suren. Similarly, Lachman guest starred in the popular series like NCIS: Los Angeles, Hawaii Five-0, The Guild, The Glades, and CSI: Crime Scene Investigation.

Lachman was seen in the popular post-apocalyptic series The 100 playing the role of Anya, a recurring character which led her to receive a nomination in E! Online Best Ever TV Awards in Best Fight Category which she shared with Eliza Taylor.

As of 2018, the actress played the role of Reileen Kawahara in the American dystopian science fiction cyberpunk series Altered Carbon's season one which premiered on Netflix on February 2, 2018. The series is said to be an adaptation of the 2002 novel of the same name written by Richard K. Morgan.

Dichen Lachman's Net Worth, Salary, And Major Source Of Income

Dichen Lachman has an estimated net worth of $3 million. As per the source,  her annual income is $363, 636 which she earns from her appearances in several movies and TV series.

Besides, her several endorsement deals and ads campaigns add more to her value.

The actress has been the part of a number of box office hit movies some of the are listed below.

Dichen Lachman is married to actor Maximilian Osinski. The couple tied the knot on January 24, 2015, six months after the engagement. They were dating for three long years before starting life as husband and wife. 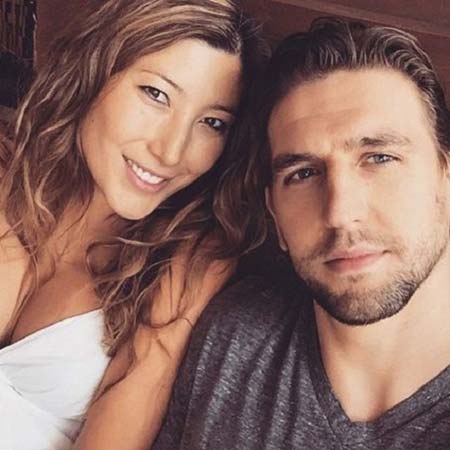 The actress gave birth to their first child; a daughter named Mathilda Osinski in May 2015.

Lachman is active on social media especially on Instagram where she shares adorable snaps of her daughter and husband. She has also considerable fan following on her Instagram with over 93.7 K followers as of 2019.