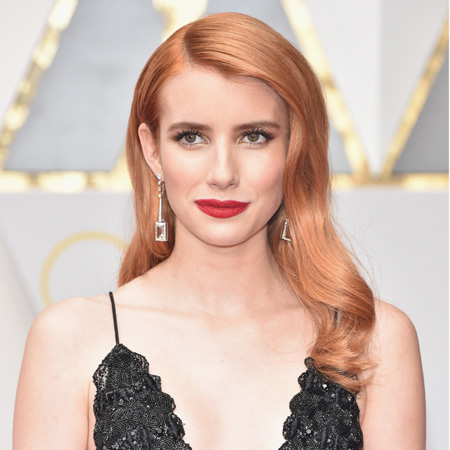 Emma Roberts is an American actress and singer. She came to recognition as Addie Singer in the Nickelodeon series, Unfabulous. She is the winner of Young Artist Awards for Best Performance in a Feature Film and Supporting Young Actress.

Roberts was born on February 10, 1991, in New York, U.S. She holds the American nationality and belongs to White-American ethnicity. She is the daughter of Kelly Cunningham and actor, Eric Roberts.

Her parents were separated when she was a child. She is the stepdaughter of musician, Kelly Nickels through her mother's marriage. She has a maternal half-sister named Grace.

Roberts paternal grandmother was an acting coach. Her aunts are Julia Roberts and Lisa Roberts who are actresses as well. She used to spent her time on the sets of her aunt Julia’s films since her childhood days.

Roberts made her career debut at the age of 9. She made her appearance in Ted Demme’s drama film, Blow. She portrayed Kristina Jung, the daughter of Johnny Depp's character, George Jung who was a cocaine smuggler.

Further, she appeared in other small roles in the movies such as Grand Champion and Spymate.

Roberts also acted in an independent film, Daisy Winters alongside Rachel Weisz. She was seen in the series Unfabulous, where she played a lead character, Addie singer. She was able to earn a nomination for a Teen Choice Award and Young Artist Award for her performance in the series.

Roberts was seen in the Aquamarine alongside the singer, Sara Paxton and Jo Jo. She was awarded the Young Artist Award for her role in that movie. Moreover, she also did voice job for the animated movie, The Flight Before Christmas in 2008.

Additionally, Roberts acted on Hotel For Dogs alongside Jake T.Austin in 2009. She then starred in the movie Wild Child. She also appeared in the indie movie, Lymelife alongside Alec Baldwin.

Roberts starred in the comedy movie, We're the Millers alongside popular actors such as Jennifer Aniston and Jason Sudeikis. The movie was officially released on August 7, 2013, making the total gross of $269.9 million worldwide.

Roberts appeared in the American anthology horror series entitled American Horror Story. She portrayed various roles in the series. She starred in Lionsgate's adaptation of the young-adult novel, Nerve alongside Dave Franco.

Roberts released her debut album named Unfabulous and More in 2005. The album had its official release on September 27, 2005, through the Columbia Records and the Nick Records.

Roberts, 26, is not married yet. She has dated Dathan Kuppin, Chord Overstreet, Ryan Sheckler, Max Thieriot, and Alex Petty.

Roberts had a long dating history with her boyfriend, Chord Overstreet. The couple met at Coachella in 2011 and started dating. They broke up in January. They continued their romantic life in April but sadly broke up for the second time. There break up were spotted when they both attended the Nylon Young Hollywood party.

Roberts started dating actor Evan Peters in 2012. They had an affair for a long time. Their relationship became strong after they worked together on the movie named Adult World.

In July 2013, while the couple was spending their time at a hotel in Montreal, Quebec, someone called the police overhearing a dispute coming from their room. However, they were not arrested, as there was no reason.

Peters confirmed their engagement in March 2014. They had off/on the relationship and finally ended their relationship with a breakup.

In 2009, she was named as the brand ambassador for Neutrogena. She appeared in television ads and print for the company. She also appeared multiple times as part of Teen Vogue's Best Dressed list, including June 2007, September 2008, December 2008 and February 2009.

Roberts stands 5 feet 2 inches. She is living a luxurious life. Her popular movie, Aquamarine collected $8 million at the box office in its opening weekend. Her movie, We're The Millers made the total gross of $269.9 million worldwide.

Her movie, Hotel for Dogs also collected $17 million. Her net worth is reported to be around $15 million.