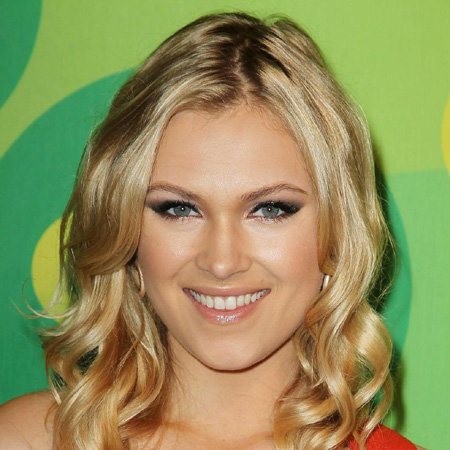 Teen Choice nominated Australian actress, Eliza Taylor made her TV debut in 2003 & is widely popular for portraying Janae/Jacinta in Neighbours (2003-2008) and Clarke Griffin / Josephine Lightbourne in The 100 (2014-2020). Throughout her career, Tayor saw nominations for several awards & has worked in Pirate Islands, The Sleepover Club, The November Man (2014, film), and Thumper (2017, film).

Eliza Jane Taylor-Cotter was born on October 24, 1989, in Melbourne, Victoria, Australia, and is an Australian by nationality. Her parents are already divorced. Reportedly, Eliza's mother an author and a graphic designer while her biological father owns cafés around Melbourne; her step-father worked as a stand-up comedian.

Talking more about her family, Taylor is one of the 4 children; has two sisters & a brother.

After graduation from Calder High School, she initially sought to become a Marine Biologist but transited to her passion in acting, which developed into a prominent career. As per IMDB, she is an attendant of the University of California, Los Angeles (UCLA).

Taylor played other two short movies and they were Natural and Planes. She played the role of Sarah in a movie called The November Man in the year 2014. The movie starred Pierce Brosnan and Luke Bracey.

Besides, Taylor has been simply outstanding with her roles in TV shows. She played the role of Sarah Redding in a very popular TV series called Pirate Islands in the year 2003. The same year she was playing great roles such as Jacinta Martin in Neighbors. She again made her comeback in 2005 where she shared the screen with Kylie Minogue, Margot Robbie, and Stefan Dennis. Her role helped her to get nominated for several awards like Inside Soap Awards thrice.

In the year 2009, she played the role of Madison in another very popular TV series known as Rush. She also played the role of Carly Spalding in a TV show called All Saints. Other TVcredits include Blue Water High, The 100, and Nikita.

From 2014 to 2020, Eliza Taylor worked as an American post-apocalyptic young adult, Clarke Griffin in The CW's TV series, The 100 (100 episodes). The series starred Paige Turco, Thomas McDonell, and Eli Goree. She has been nominated for Teen Choice Awards for the fourth time.

Taylor has been simply astonishing with her roles in TV series and movies and it has made her very successful and financially very sound. At this early age, she has achieved everything she would have ever dreamed of but she has the potential to become even bigger in the future but for that, she needs to keep her chin up. Moreover, she has played great roles in TV shows and movies and this has made her who she is today.

As of 2021, no update on Eliza Taylor's career is out. For her on-screen venture, she traveled back & forth between Australia and the United States. Taylor reportedly worked as an acting teacher at The Actors Nest Fitzroy Street, St Kilda in Melbourne.

How Much Is Eliza Taylor's Net Worth?

Since her TV debut in the early 2000s, Taylor records 21 acting credits that saw her showers of fame & fortune According to Celebrity Net Worth, Eliza Taylor has an estimated net worth of $3 million in 2021.

At the start of her career days in the TV series: Pirate Islands (2003) & The Sleepover Club (2003), she was earning a considerable sum. Moreover, after her notable TV appearances in Neighbours (2005-08) and The 100 (2014-20), Eliza was allegedly earnings hundreds of thousand dollars per episode, summing up nearly a million dollars a year.

According to some online sources, a TV star averagely makes a salary that ranges from $150k to $1 million.

Eliza Taylor Is Married- Who Is Her Husband?

'The 100' actress Eliza Taylor really did learn a lot to tackle media attention throughout her career journey & kept her love life secret for years. Currently, Taylor is married & her husband is none other than her co-star & fellow actor Bob Morley.

Although it is not disclosed when and how they actually began dating, the duo probably met on the set of The 100, where they portrayed on-screen friends Clarke and Bellamy. The news of their secret relationship came out after Taylor confirmed via Twitter on June 9, 2017, that she and Bob had married.

Further detail on their wedding ceremony is under wraps.

CAPTION: Eliza Taylor and her husband & The 100 co-star Bob Morley kept their relationship a secret before confirming in 2019 that they were married SOURCE: [email protected]

As reported, along with her husband Morely, Eliza was to direct episodes for Season 7 of The 100 but backed off after she suffered a miscarriage.

Prior to Bob, it was rumored that she was dating Lincoln Lewis but none of them confirmed their relationship. Again she was linked to another handsome hunk, Brett Tucker.