Zach McGowan is an American actor popularly known for his breakthrough role in the comedy TV series Shameless as Jody. He also acted in some big movies like Terminator Salvation, The Hunt for Eagle and some feature films like Dracula Untold, Crash Point and Seal Team Six. He portrayed the character Roan in the popular series The 100 and Captain Charles Vane in series Black Sails. McGowan's 2018 release include American Brawler.

Zach McGowan was born Zachary Brendan McGowan on May 5, 1980, in New York City. He is the son of Brenda McGowan and Vincent McGowan. His father is of Irish descent and mother is Russian Jewish so McGowan belongs to Irish, Russian and Jewish descent.

#tbt to my first head shot taken in 2002. Back when they were on black and white film and you paid per roll. Apparently this was the best shot we got with 2 rolls.

He grew up in New York City with his brothers Doug McGowan and Matt McGowan. As his mother was an employee at the  United Airlines they used to travel a lot. He was schooled at the Ethical Culture Fieldston School in his hometown and completed his kindergarten and higher studies there.

During his school days, he was the captain of football and ice hockey teams was a member of drama and theatre societies. For college,  he enrolled at the Carleton College in Northfield, Minnesota and graduated with a degree in arts.

During his college days, he performed for a school production.

McGowan debuted in acting in 2006 with the direct-to-video movie The Hunt for Eagle One as Jackson. He then appeared in an episode of the series CSI: Miami, Numbers, and Good Luck Charlie.

In 2009, he was cast in a military science fiction movie, Terminator Salvation alongside renown actors Christian Bale and Sam Worthington.  Arnold Schwarzenegger's facial mold from 1984 was used via CGI as he was serving as the governor of California at the time.

McGowan in 2012 played the role of Jody Silverman in American Comedy Drama Shameless. He was a guest star in season 2 and became a regular cast in season 3. 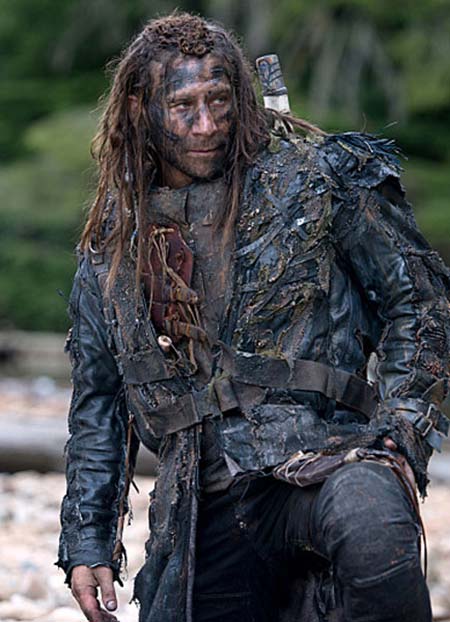 CAPTION: Zach McGowan as Roan in the series, 100. SOURCE: The Fandom

From 2014 to 2016, McGowan appeared as the main cast in the American historical series Black Sails as Charles Vane, an English pirate who had eyes on the English and French ships.

McGowan was cast as Anton in the 2015 American crime series Law & Order: Special Victims Unit and in the apocalyptic series The 100 (2016-2017) as Roan, one of the main cast alongside  Eliza Taylor, Bob Morley, and Erica Cerra.

His other popular roles include Anton Ivanov/The Superior Agents of S.H.I.E.L.D and Cody Lewis in Lethal Weapon. McGowan was recently seen in the 2018 movie Death Race: Beyond Anarchy as Connor Gibson.

He has appeared in the 2018 movie The Brawler, which is under post-production. He will be portraying Chuck Wepner in the movie.

Zach McGowan's Net Worth And Salary

Zach McGowan's estimated net worth is $4 million, however, the real figure is not public. He earned million dollar fortune by being cast in movies and multiple popular series like Law & Order, Agents of S.H.I.E.L.D and Lethal Weapon as he was paid a good amount for his roles but his real salary is not open in the media.

His Shameless cast members who played the lead roles include Emmy Rossum, Cameron Monaghan, Jeremy Allen White, and William H. Macy earned $500k, $300k, $300k and $500k respectively whereas other regular casts were paid ranging from $80k to $150k. McGowan was a regular from season 3 so he got a paycheque of the amount close to that.

His movies Terminator Salvation earned $371.4 million. For his voice-over acting profession, he is paid on the basis of the word count of the script and on average they are paid $3000 per audiobook.

His other movies and TV appearances include The Walking Dead, L.A.'s Finest, Death Race: Beyond Anarchy, The Brawler, Agents of Shield, Damnation, Lethal Weapon, UnREAL, The 100, Black Sails, Terminator Salvation, Good Luck Charlie, and The Hunt for Eagle One.

Zach McGowan loves to cook in his free time. He has a pit bull whom he loves dearly. He is active on Twitter and Instagram with thousands of followers. He has posted many pictures with his wife and children on his Instagram. 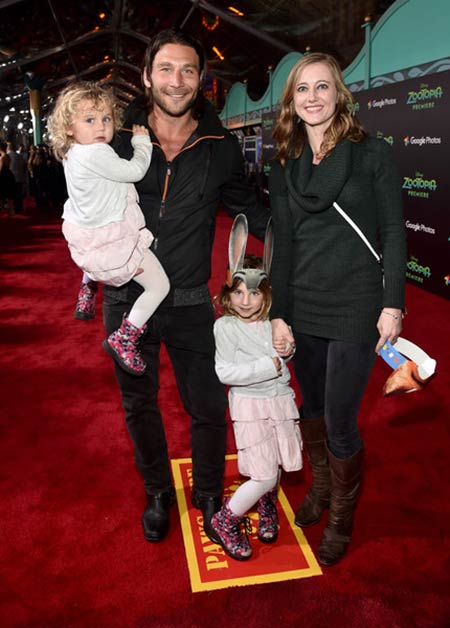 He is 6 feet tall man with a good physique and with a handsome appearance. McGowan is a fitness freak and while he was cast of Blacksail, he did 200 pull-ups, 400 push-ups in four sets, 50 inverted sit-ups and 13 miles running five days a week.