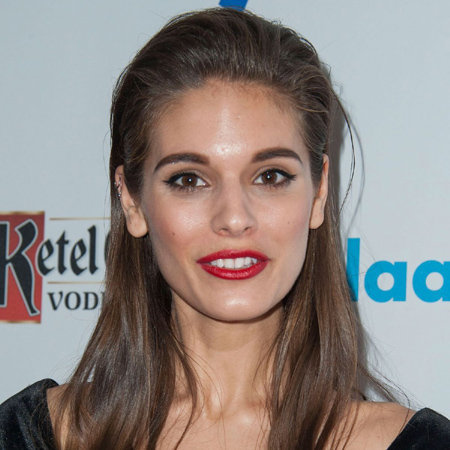 Australian actress, Caitlin Stasey is popularly known for her role Rachel Kinski in the Seven Network's soap opera, Neighbours. She was a s sociated in the series from 2005 to 2009. Moreover, Stasey made her acting debut in 2003 from the TV series, The Sleepover Club. Besides acting, she was also involved in music.

Regarding her personal life, she is a married to an actor, Lucas Neff. The married actress revealed to be pansexual.

Caitlin Stasey was born Caitlin Jean Stasey on 1st May 1990 in Melbourne, Victoria under the birth sign Taurus. Stasey is an Australian by nationality and belongs to white ethnicity.

Stasey is the eldest of two children, she and her sister, Victoria Stasey who were born to David Stasey and Sally Stasey, who migrated originally from Norwich in England. Her mother used to work as a primary school teacher at Sandringham Primary School in Melbourne and her father was a stockbroker, who also worked as an interior designer. Stacey grew up with her sister Victoria and the kids were together at all times. Both of her parents followed protestant but she says that she doesn’t have a particular religious background.

Cheers to you ya beaut - sorry I couldn’t call yesterday I was running away from bed bugs and crying about how i thought I’d lost my pa s sport but I DIDNT so don’t worry and really, at the end of the day, you’re my pa s sport. Aren’t ya mum? I know it must be so hard to make a whole baby, poop it out, love it so much and then watch on as it moves halfway around the world to CALIFORNICATIONA, the big SURFS UP COWABUNGA, THE GIANT RAISIN, THE ALMOND CAPITAL - I wish we lived near each other all the time but specially today. Love ya more than almost anything

The family who was mostly together was disintegrated when Caitlin went to England at the age of 7 and lived for almost a year with her grandparents. Regarding her academics, she studied at the local Star of the Sea College, where she was in a musical choir group.

Moreover, she participated and toured around with the group and also took part in a recording session of artist Peter Allen's single I Still Call Australia Home. A member of the Australian Girls Choir, she was also into sports and played basketball mostly. Not a very bright student in her cla s s, she also took part in some modeling hunts and was selected to feature in some small advertisements. From there, she started training in developing her acting skills and soon started to land in small roles.

Caitlin Stasey's first notable role, came in 2003 when she was cast as young Frankie Thomas in the TV show The Sleepover Club, which started its promotion in September of that year. She also played in the same role in 2006, after the show was into its second season. The series starred Basia A'Hern, Eliza Taylor, and Morgan Griffin.

Then in 2005, she was cast in a role in the show named Neighbors. She was a s sociated in the series from 2005 to 2009 where she shared the screen with Kylie Minogue, Margot Robbie, and Stefan Dennis.

Although she had already graduated by then, she taking a distance education course that didn’t help manage her time with her work. So in 2008, she decided to quit the show and focus on her exams. In an interview with the Herald Sun magazine, she said:

"I want to know that when I finish my exams and get my score, it is representative of my abilities, my exams start in November and I want to be able to give them my full concentration."

Stasey has appeared in major roles in several TV shows as well as movies. Some of her famous work have come in: Reign, I Frankenstein, All Cheerleaders Die, Evidence, Lust for Love etc. Although she hasn’t been able to put a trademark of herself, she is getting on the way and has been winning hearts with her acting and dedication towards the work.

Caitlin Stasey has an estimated net worth of $3 million as per Celebrity Net Worth and her average salary is about $20 thousand per month. Stasey worked in several movies and TV series from where she earns an impressive amount.

As per some online sources, a TV star earns an average salary that ranges from $150k to $1 million. With such earning, she is living a lavish lifestyle.

Regarding her personal life, Caitlin Stasey is a married woman. She tied the knot to a famous American actor, Lucas Neff who is famous for his role in the Fix sitcom, Raising Hope in 2016. She had an affair with her boyfriend turned husband for months before getting married.

The couple married in a private ceremony which they revealed via their Instagram story.

The couple is together for years but has no children yet. Moreover, they are still free from any types of rumor about their divorce and an extramarital affair.

Even if she is married to a man, she revealed to be a lesbian. She stated,

''I know it troubles many people for me to refer to myself as a lesbian considering I have a male partner. ...I'm trying to steer as far from labeling as possible. Compartmentalizing myself only leads to condemnation and contradiction. I'm happier being fluid and I'm happier being honest.''

She later, mentioned herself as a pansexual.

Besides, as of 2018, Stasey took a risk of the ban from the Instagram after she posted an explicit photo. She posted an image of a human orifice with a monkey laughing emoji and ''#OLdHeadshotDay'' in the caption. Later, she confirmed that the body part did not belong to her.  Many of the fans laughed it off whereas some found it distasteful.

Check out the facts about Caitlin Stasey: