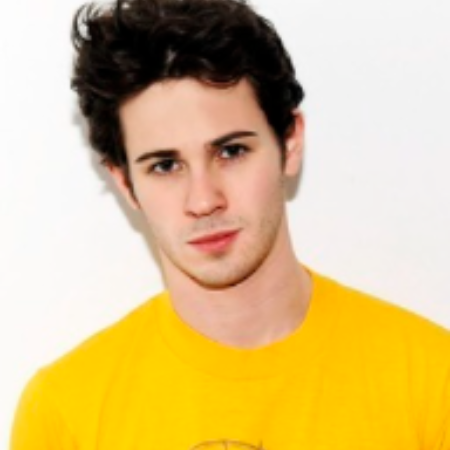 Connor Paolo is an American actor who garnered attention for his roles as Eric van der Woodsen in The CW series Gossip Girl and Declan Porter in ABC's Revenge. The 30-year-old actor also has appeared in films such as Alexander, World Trade Center, and Stake Land.

Connor Paolo was born on July 11, 1990, in New York City, New York, the United States. He is the son of Julian Mendelsohn, a vocal trainer and cla s sical pianist, and Colin Paolo, a writer, and screenwriter.

He attended the Professional Performing Arts School in 2006. He was trained at the Lee Strasberg Theatre and Film Institute. He also studied at Appel Farm Arts and Music Center in Elmer, New Jersey. Later, the actor enrolled at the New York University, but for only one semester in fall 2008.

He is 30 years as of writing this article and stands at the height of 5 feet 7 inches/1.7 meters. He is American by nationality and white by ethnicity.

The following year, he acted in the feature film Mystic River. He starred as a young Alexander in the historical drama film Alexander in 2004.

He was cast as Steven McLoughlin in the docudrama disaster film World Trade Center in 2006. Similarly, he made an appearance in the 7th season of Law & Order: Special Victims Unit (SVU) the same year.

Likewise, he landed the main role of Declan Porter in ABC's Revenge from 2011-2013. Some of his other TV series and films are The Brave, The Resident, Outlaw, Stake Land, and Friend Request.

What Is Connor Paolo Net Worth?

The Gossip Girl star has earned an estimated net worth of $1 million as of June 2021. The primary source of his riches is his successful professional life. Thanks to his roles as Eric van der Woodsen in The CW series Gossip Girl and Declan Porter in ABC's Revenge.

Personal Life: Who Is He Dating?

According to multiple sources, the Revenge actor is currently dating his girlfriend, Grace Van Dien. She is also an actress known for her work in The Village, Greenhouse Academy, Charlie Says, The Binge, and Lady Driver.

The couple started dating in 2019. However, we haven't heard anything from both regarding their relationship as of now.