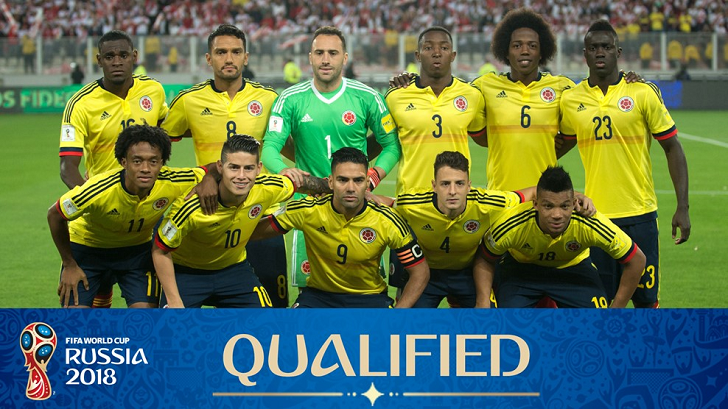 The Colombian national team (Spanish: Selección de fútbol de Colombia) is a member of the CONMEBOL and is overseen by the Colombian Football Federation. The team represents Colombia in international football competitions and is currently ranked 13 in the FIFA World Rankings.

Nicknamed Los Cafeterosdue to the coffee production in their country, Colombia was the first country to win FIFA best mover in 1993. The team has gained a top-four result in seven Copa Américas.

Carlos Valderrama is the most capped player with 111 caps and Radamel Falcao is the top scorer with 29 goals.

Football Coach, José Pékerman is currently managing the Colombian national team. He has won three FIFA World Youth Championship titles and the U20 South American Championship, as a youth level coach for Argentina.

Pekerman joined the national squad in 2012. He coached the Argentine national team in the 2006 World Cup.

Radamel Falcao, captain of the national team, currently plays as a striker for AS Monaco. He joined Monaco on May 31, 2013.

Nicknamed as El Tigre, meaning The Tiger, he has won several trophies including Europa League and Primeira Liga double in 2011.

Falcao set the record for most goals (17) in a European campaign, becoming their all-time top scorer in international club competitions.

Making five appearances in the history of FIFA, the Colombian national squad has secured their place to Russia 2018. The team qualified after reaching the tournament on the final match-day with a 1-1 tie against Peru.

Colombia will be playing against Japan, Poland, and Senegal in the second edition of the tournament, FIFA World Cup 2018.

Also look at the schedule for more details regarding matches.