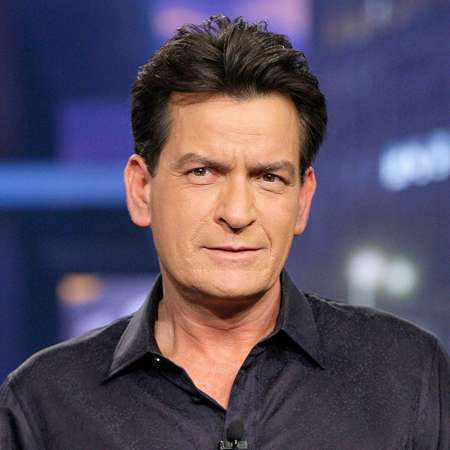 One of the talented actors of Hollywood, Charlie Sheen worked in numbers of movies and TV series till the date. Sheen is popularly known for his role in the series, Spin City, Two and a Half Men, and Anger Management. Throughout his career, he has worked in over 50 movies and TV series from where he gained huge popularity and has also won a number of prestigious awards.

Active in the industry for 4 and a half decades, he has earned millions of salary and net worth. Once he became one of the highest paid actors on TV. With such earning, he bought luxurious cars, mansions, and a private jet.

Regarding his personal life, he has made many headlines including marital problems, alcohol and drug abuse, domestic violence, and other health issues. He has married thrice and has five children and a grandchild. He had an affair with several women including adult movie actresses. In 2011, it was announced that he has an HIV.

Charlie Sheen was born Carlos Estévez on September 3, 1965, in New York City, New York to actor Martin Sheen and artist Janet Templeton. Sheen has three siblings, two older brothers Emilio Sheen & Ramon Sheen and a younger sister Renée Sheen all of whom are actors. His parents moved to Malibu, California where Sheen appeared in his first Broadway at the tender age of nine.

As per his bio-data, Sheen went on to attend Santa Monica High School in Santa Monica, California. While studying at Santa Monica, Sheen was a star pitcher and shortstop for the baseball team. He also showed his interest in acting while studying in school. He, however, Sheen could not graduate because he was expelled from school due to poor grades and attendance only a few weeks before the graduation.

Sheen had his first major role in 1986' anti-war film, Platoon. The movie receives four Oscars whereas he received huge praised and popularity.  The same year, he had his second lead role. Jacob in The Wraith with Sherilyn Fenn, Nick Cassavetes, and Randy Quaid.

ok, pretty sure i can tell her, i left something in the car; ME! #fbf

In 1999, Sheen appeared in the fantasy comedy-drama, Being John Malkovich with John Cusack, Cameron Diaz, and Catherine Keener. His performance in the movie helped him to get nominated for several awards. Some of his latest work includes Mad Families and 9/11.

Sheen made his TV debut in 1985 in TV film, Out of the Darkness.  He then worked in several TV series and TV movies in a small role. His breakthrough came in 2000 after appearing in ABC's sitcom, Spin City. The series starred Michael J. Fox, Richard Kind, and Alan Ruck. He was associated in the series from 2000 to 2002 appearing in 45 episodes. He has been nominated for several awards for his work.

Two and a Half Men

His next popular work includes 2003's CBS' sitcom, Two and a Half Men. In the series, he portrayed the role os a commercial jingles writer, Charlie Harper. He shared the screen with Jon Cryer, Angus T. Jones, and Ashton Kutcher.  He earned several awards from his performance in the series.

Sheen was dismissed from Two and a Half Men on March 7, 2011, and was replaced by actor Ashton Kutcher citing moral turpitude. As per the record, initially, Sheen was about to leave the show because of the less salary. While working in the series, he also underwent a substance rehabilitation program, which broke the shooting of the series.

Sheen was one of the favorite characters of the show, who was associated from 2003 to 2011 appearing in 177 episodes. In 2018, he was called for the series after the cancellation of another seris, Roseanne.

Charlie Sheen has been nominated for several prestigious awards for his contribution to TV series and movies. Here is the list of his won awards:

Is a Millionaire; Know His Earning, Source of Income and Properties

Sheen was once the highest-paid actor with a huge salary coming out of Two and a Half Men. In the eight seasons of the show, he received a salary of $1.8 million per episodes and take away $48 million every year which made him ''Highest Paid TV Actor Per Episode.'' In 2011, while he went for his COuntry-Wide tour, he earned over $7 million.

As per some online sourced, in 2012, he used to earn over $2 million for a Twitter sponsorship deal with an LA-based company, Ad.ly. He was also paid $1 million in a variety of Twitter endorsement.

He also earns a huge amount from his movies. Here are some of his movies that made an amazing collection at the box office:

Sheen launched a clothing line, Kidz for children in 2006. He also became the face of a line of disposal E-cigarettes ''NicoSheen.''

In 2016, he bought another mansion for $5.4 million which he sold in the same year with some extra charges. Later, he bought a luxurious Valley Ranch mansion in Beverly Hills. Moreover, he also has a house in Malibu worth $8.6 million. As of 2018, he out his LA on sale for $10 million.

Sheen has a collection of luxury cars which include

In 2004, Charlie Sheen became the spokesperson for the Lee National Denim Day breast cancer fundraiser which raised $ million for the education and research about the mentioned disease. Since 2006, he has been the supporter and donor of Aid For AIDS for which he was honored with an AFA Angel Awards. In 2010, he kept his NASCAR 1966 Mustang for the charity auction.

Two years later, he along with Jenna Elfman co-hosted the Scientology-affiliated New York Rescue Workers Detoxification Project charity event. In 2012, he announced that he will be donating $1 million to the USO which made him the largest single donations ever.

Charlie Sheen is married three times and has five children and a grandchild. Sheen revealed that he received a platinum and diamond cufflinks as a wedding gift from the President, Donald Trump. He says,

''I’m really not a fan. I was once in a restaurant with my then-wife Brooke [Mueller] and he came up to me to say he would like to give me a wedding gift. He took off his cufflinks, told me they were solid platinum and diamonds and insisted I have them.''

On 3rd September 1995, Sheen married his first wife, Donna Pelle (former model and actress). But the relationship did not last long and divorced after a year.

Sheen tied the knot for the second time on 15th June 2002 with an actress, Denise Richards.  The couple married after dating for months. The pair officially dated from October 2001 and got engaged on December 26, 2001. The couple shares two daughters, Sam Sheen (2004) and Lola Rose Sheen (2005) together. The husband and wife got separated on 30th November 2006 citing Sheen's drug abuse and threats of violence. After the split, Sheen was paying $55k for his two daughters as spousal support.

On May 30, 2008, Sheen exchanged the vows with his third wife Brooke Mueller (actress and real estate investor). They welcomed twin sons, Bob Sheen, and Max Sheen, born in 2009. On 2nd May 2011, the couple divorced citing irreconcilable differences. As a spousal support, Sheen paid $55k monthly.

Due to the financial crisis, his payments are reduced from $55k to $25k per ex. As per Sheen, he has $12 million debts. Moreover, his medical expenses also arose after he got HIV.

In 2017, he started an affair with beautiful, Julia Stambler who is not afraid of Sheen's HIV.

Before marriage, Sheen dated several ladies in the past. In the early 1980s, he dated his high school girlfriend, Paula Profit with whom he shares his first daughter Cassandra Jade Estevez, who was born on 12th December 1984. Sheen was only 19 when he welcomed his first child. Sheen is very supportive to his daughter. He became a grandparent after his daughter gave birth to a daughter Luna in 2013.

Sheen was engaged to Kelly Preston (current wife of John Travolta) but in January 1990 Sheen accidentally shot her in the arm which broke off their engagement. Sheen, however, denied the accusation.

In the 1990s, he was linked to many adult movie actresses like Heather Hunter and Ginger Lynn.

Then in 2011, Sheen started living with X-rated movie actress Bree Olson and Natalie Kenly, model, and graphic designer. Sheen got engaged to former adult film star Brett Rossi in February 2014 however they broke off the engagement in November with the mutual consent.

Sheen has had a disturbing past. He suffered a stroke in May 1998 after overdosing while using cocaine and was hospitalized. He battles with drugs and alcohol which created a negative image of him in the public.

The same year, he was on probation in California for his previous drug offense. In 2009, he was arrested after assaulting his third wife, Mueller. The same day he was bailed for $8500 fine. The following year, he was removed from his suit in the Plaza Hotel after he was found drinking and using cocaine.

Prior to this, he was also arrested in an accusation of assaulting his former girlfriend, Brittany Ashland. Later, he pleaded no contest to the battery and received two years of probation.

On November 17, 2015, Sheen publicly revealed in Today that he had HIV AIDS and was diagnosed four years earlier. He actually found out about HIV in 2011. He then immediately made his ex-wives and children to take a test. Fortunately, all of them had HIV negative. The same year, it was reported that he paid $10 million to keep his HIV secret. His medical bill increases after he suffered from HIV due to which he reduces the monthly child support amount.

Previously, he confirmed that he spent over $50k to purchase call girls from 27 different brothel.

Sheen has both positive as well as a negative image in the eye of the public. Due to his arrest for multiple times in an accusation of assaulting and using canine made his image bad. Whereas, his works uplift his image.

As a result,  Sheen set a Guinness World Record for Twitter as the "Fastest Time to Reach 1 Million Followers" (adding an average of 129,000 new followers per day) in 2011.