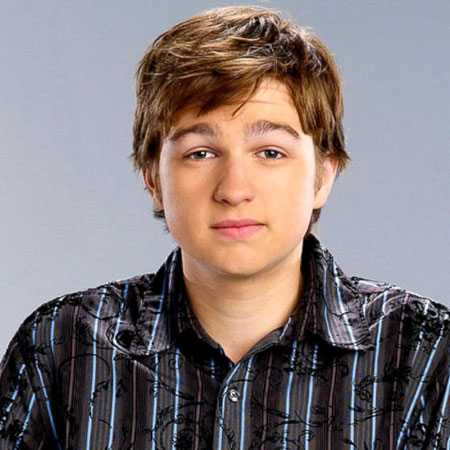 Angus T. Jones is an American TV and film actor well known for portraying the major character of Jake Harper in the hit television series ‘Two and A Half Men.’ He also received two Young Artist Awards for the same. At the age of four, he began his acting career featuring in TV commercials.

The ‘Two and Half Men’ actor Angus T. Jones was born on October 8, 1993, in Austin, Texas, the United States. Regarding his nationality and ethnicity, Jones is a White American. He is the son of Carey Lynn Claypool and Kelly Charles Jones.

Jones spent most of his early days in his hometown of Austin, along with his younger brother, Otto Jones. He enrolled in the University of Colorado Boulder for graduation. During his first year, his major was environmental studies. But he switched his major to Jewish studies at the end of his freshman year.

Angus T. Jones began his acting career at the tender age of four appearing in television commercials. Jones made his on-screen debut in the 1999 film ‘Simpatico.’ From 2001 to 2003, he also featured in several movies, including ‘See Spot Run,’ ‘The Rookie,’ and ‘Bringing Down the House.’

Two and a Half Men

Jones was one of the main characters of hit television sitcom ‘Two and a Half Men.’ He played the character of Jake Harper-the young and impressionable son of Jon Cryer’s role on the CBS sitcom.

Jones was just 9 years old when he was cast alongside Charlie Sheen, Jon Cryer, Melanie Lynskey, Jennifer Taylor, and Marin Hinkle in the series. By the age of 17, he became the highest paid child actor on TV. At the time, the actor made his new contract of $7.8 million for the next two seasons and was making $300K per episode.

However, after featuring as Jake in 10 seasons, the young actor, Jones was ready to leave the show and say goodbye to stardom. In the talk with PEOPLE, he said,

“If you’d asked me a few years ago if I wanted to get back involved in the industry, I would have said, ‘No. Not at all,’.”

In November 2012, Jones also clarified that he had been baptized and no longer wanted to feature in the series. Jones officially announced his departure from the show, on March 18, 2014.

In 2016, Jones became a business partner with Justin Combs and Kene Orjioke in the multimedia and event production company, Tonite. In the same year, he played the role of Horace, the 9th in the series Horace and Pete.

Although his role as the sweet and innocent kid Jake to the sleazy teen and adult Jake he lit up the TV screens of many people but since his last role as Horace he hasn't been involved in any shows or films.

The successful former actor of ‘Two and a Half Men,’ Angus T. Jones is one of the most recognized faces on television. Jones has also earned a decent amount of money at such a young age.

According to TheRichest, Jones has an estimated net worth of $15 million, as of December 2017. At a young age of 17, he also became the highest paid child actor in TV, after making his new contract of $7.8 million with ‘Two and a Half Men.’

At that time, Jones was paid $300,000 for each of the 26 episodes. The series also became the fourth-highest revenue-generating program in 2012, making $3.24 million per episode. He drives the Audi S5 that has a current market value of $63K.

The actor has also won two Young Artist Awards and a TV Land Award for his major character in the CBS sitcom, ‘Two and a Half Men.’

Jones also attended several charity events. On June 7, 2008, he joined the First Star Organization to help abused and neglected children, along with other stars like Dakota Fanning, Val Kilmer, and Cuba Gooding Jr.

The America actor Angus T. Jones, 24, is not married yet. Jones has been dating his longtime girlfriend, Stalker Sarah since 2012. His girlfriend, Sarah is an internet sensation who gained tremendous popularity on the internet after posting her pictures with all the popular celebs, including movie stars, singers, and television stars as well.

As per our research, Sarah wanted to meet all the cast members of ‘Two and a Half Men.’ At that time, they got to know each other and the couple was also spotted together in the church.

After a few months of their meeting, the couple began dating. It’s been more than five years that Jones and his girlfriend, Sarah are dating each other without any breakup rumors and news.