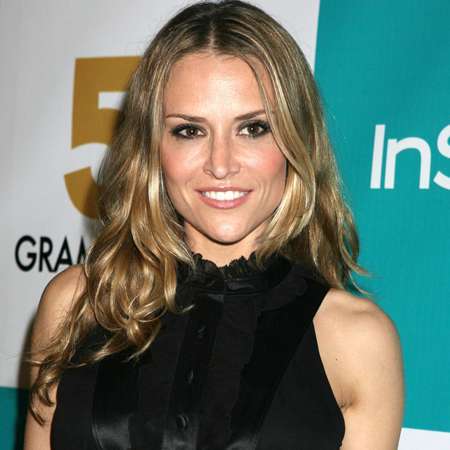 American actress and real estate investor, Brooke Mueller was the third wife of actor Charlie Sheen; they filed for divorce in 2010.

Brooke Jaye Mueller was born on August 19, 1977, in upstate New York where she spent most of her childhood. Brooke’s father, Allen Mueller, was as a Miami and Key West police officer, a high school teacher, a real-estate broker, and also a part-time minister.

Brooke’s mother Moira Roskin Fiore was Jewish whereas her father was Lutheran. Brooke’s father tragically died in a motorcycle accident when Brooke was twelve, and when she was 14, her mother married Florida-based millionaire Kenneth Wolofsky and then the family moved to Florida. Her mother then went on to marry New York lounge singer Jon Fiore. Mueller has a sibling named Scott Allen Mueller, and a half-sister named Sydney Wolofsky.

Mueller went on to attend Benjamin School in Palm Beach, Florida where she was a cheerleader. Brooke was always interested to become an actress and thus went on to pursue her acting career with the 1998 television series USA High.

She has since been seen in Witchhouse, A Love Song for Bobby Long, Strictly Sexual, Charlie Sheen: Bad Boy on the Edge and The World According to Paris.

Furthermore, As a real estate investor, Mueller has purchased a home from Mel B and refurbished it and sold it for a $500000 profit in 2012. She has refurbished many homes in Los Feliz and Nichols Canyon.

As of 2019, Brooke Mueller has an estimated net worth of $5 million, which she earned from acting and real estate investor. Furthermore, she also receives regular revenue in child support from her husband.

The couple filed for divorce in November 2010 and was finalized on May 2, 2011. Brooke went on to obtain a restraining order against Sheen in March 2011 and the police removed the children from Sheen's home. Sheen and Mueller are friends. There have been rumors that Brooke had an affair with Charlie Sheen’s adult-movie star, girlfriend, Bree Olson. Mueller is currently single and does not have a spouse.

Mueller is currently 38 years old and stands tall at a height of 5 feet 8 inches. Brooke’s net worth is estimated to be $5 million which depicts her huge salary.  She is known to be friends with Kathy and Paris Hilton. Mueller was once arrested on DUI charges in Palm Beach County, Florida and in March 2001 she was arrested again in Miami-Dade County, Florida for cocaine possession.

She also went to rehabilitation. Her children’s custody was taken away from her in 2013 and given to her brother Scott Mueller. There have been rumors that Sheen is going to take away the house her bought for Mueller and his children.