Are A Star Is Born Stars Bradley Cooper And Lady Gaga Dating??? Details Of The Couple's Rumored Relationship 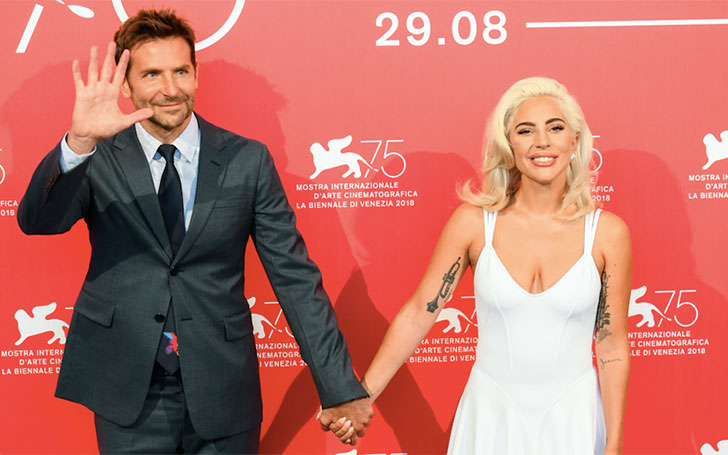 Heartthrob Bradley Cooper and extravagant pop icon Lady Gaga worked together in the movie A Star Is Born. Like most lead actor and actress pairs they were linked up and rumors of their relationship began to fly. Their on-screen chemistry was just too good to deny and many tabloids, as well as fans, believed that the duo is romantically involved.

The 2018 remake of the 1937 film A Star Is Born brought two juggernauts of the acting and music industry together to create a masterpiece of a film. Both Cooper and Gaga are nominees for the upcoming Oscars for Best Actor and Best Actress respectively. In the movie, Cooper’s character is a rock star trying to fight against his demons and Gaga plays a struggling waitress and musician.  So, are the couple actually together? Are they dating?

Are The On-Screen Couple Dating In Real Life?

However good their chemistry may be on screen it is heartbreaking news that both Cooper and Gaga are not single. They are definitely not dating. Cooper is in a relationship with Russian model Irina Shayk and Gaga is engaged to agent Christian Carino. The couple first met at a cancer event hosted by Sean Parker when Cooper was already cast to play Jackson Maine in A Star Is Born.

He also contributed to writing the screenplay and directed some of the films. When they were looking for someone to play the role of Ally in the film Cooper saw Gaga perform “La Vie en Rose” which he absolutely fell in love with and cast Gaga as his opposite in film.

CAPTION: Bradley Cooper and Lady Gaga together at an event. SOURCE: The Cheat Sheet

After Cooper made his calls and drove to Gaga’s Malibu home they talked and after seeing him Gaga quoted ‘Have I known you my whole life?’ She also told the fashion mag. “It was an instant connection, instant understanding of one another,” Cooper said that he pretty much offered the part to her on the spot after they connected so instantly.

Cooper also remarked that their chemistry on screen was so good because it was real. The movie focuses on the intertwining of love and fame which both the actors absolutely nailed.

What About The Hangover Star’s And The Global Music Icons’ Past Affairs?

Bradley Cooper is one of the best looking actors of our generation, his rugged looks and blue-eyed charms could make any girl fall for him. In addition to his looks, he is also an actor with excellent acting chops. In the past he was married to Jennifer Esposito, the pair tied the knot in December 2006 and divorced in May 2007.

Among the list of his exes contains names like Suki Waterhouse, Zoe Saldana, Jennifer Lopez, and Renée Zellweger. All beautiful and talented people with a lot of pull in their industry.

“I want you to come sing with me.” #AStarIsBorn

Since 2015 Cooper is in a relationship with Russian model Irina Shayk. In March of 2017, a little star was born into their family in the form of a daughter.

In similar fashion Lady Gaga is also engaged to talent agent Christian Carino in 2017 and everything seems fine with their relationship.